Despite pressure from Government, the city authority will not confirm plans until after its local elections, but will submit full proposals by the September deadline.

The Government has renewed its pressure on Birmingham City Council to publish its clean air zone (CAZ) proposals after the local authority missed the March deadline to provide its preferred option.

Therese Coffey MP, under-secretary of state for the environment, wrote to the council in February criticising the delays, stating “it would appear the council is not giving this matter the urgency it requires”.

Councillors reject this accusation but, nevertheless, insist that they will not confirm their plans before local elections take place in May. 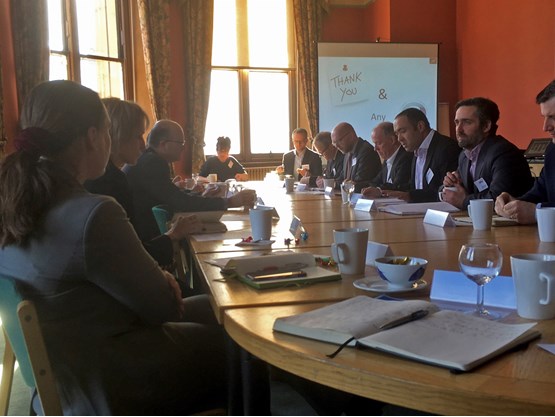 Consequently, fleets will not learn about the clean air option they will have to comply with until June at the earliest.

At the latest Air Quality debate, hosted by Birmingham City Council at the town hall and organised by British Vehicle Rental and Leasing Association (BVRLA), Energy Saving Trust (EST), ACFO and Fleet News, delegates were invited to provide feedback and guidance about how clean air zones would affect their businesses, which the council promised to take into consideration during its CAZ discussions.

The council also committed to providing the full business case for its proposals by the Government’s September deadline.

Councillor Lisa Trickett, cabinet member of clean streets, recycling and environment, who will be responsible for the implementation of the CAZ, said tacking air quality was not simply to satisfy the legal requirements; it was “the right thing to do”.

However, she added: “It is a hugely stretching timetable and we are conscious of the pressures this places on fleet operators. It requires change at a speed at which we’ve not had to think about transport policy and strategies before.”

Trickett promised to feed back to Government the views of fleet operators to ensure successful implementation of the Birmingham CAZ.

Embracing air quality solutions could have financial benefits for fleet operators, according to Andrew Benfield, group director of transport at EST.

He estimated that if all van operators in the West Midlands switched to electric vehicles, it would save £250 million a year in fuel costs. 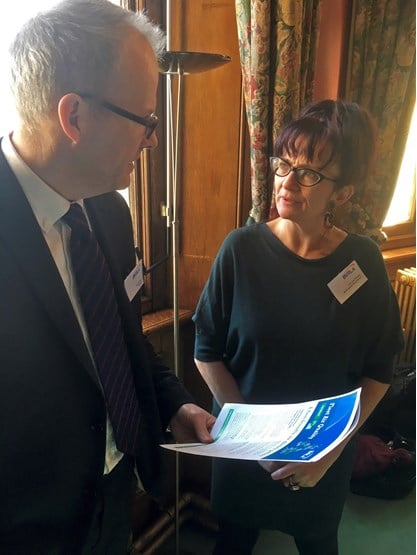 Benfield urged fleet operators to take into consideration their grey fleet cars, describing them as “the dirtiest fleet, highest CO2 emissions, oldest vehicles and travelling at the busiest times of day”.

EST worked with Birmingham City Council on its grey fleet seven years ago, putting in place new practices and policies that enabled the council to halve its annual £4m expenditure.

Royal Mail operated its first electric vehicle way back in 1970 – “they are not new to us,” said head of supply and internal accounts Lorna McAtear.

But it is struggling to incorporate them into its modern fleet due to lack of model availability and issues with local charging infrastructure and capacity.

The council said this was something it was addressing via its Connected Strategy with community hubs for those without off-street charging facilities. It was also making it a prerequisite for future planning permission to include EV charging.

Fleets raised their concerns – shared by the city council – that they were making decisions today for vehicles that might be kept for more than 10 years based on guesswork around current clean air zone proposals.

“A Euro 6 vehicle might be compliant now with the proposed clean air zones, but will that change in a few years’ time?” asked one fleet operator.

Birmingham City Council, like the other four cities required to implement a CAZ, is basing its proposals on the Government framework. 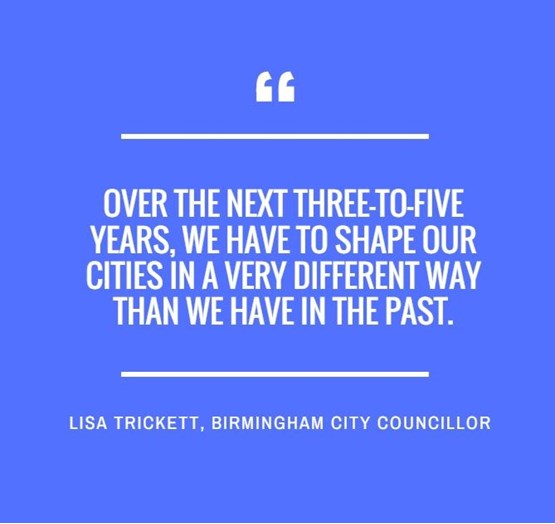 However, it is possible the European Commission will introduce Euro 7 diesel regulation within the next two-to-three years, reverting the focus to CO2 emissions, which might become the new minimum standard.

Birmingham councillors recognise that the city has to achieve the air quality standards as quickly as possible and in a manner that will maximise the likelihood of compliance.

They also recognise that the Government framework focuses on NOx, but there is a broader issue on air quality with particulate matter.

“Over the next three-to-five years, we have to shape our cities in a very different way than we have in the past,” said Trickett.

“But it is an opportunity for us to bite the bullet on the measures we believe can make the difference. We have to find ways to ensure business can run and the city can grow without affecting the population.”

Birmingham’s biggest challenge is with the sheer volume of traffic travelling through the city, resulting in congestion and excessive idling.

The council’s research shows that 47% of all freight traffic goes through Birmingham without stopping to collect or deliver goods.

“We are a short-cut when the M6 is clogged up,” said Trickett.

The council is therefore looking at ways to encourage operators to bypass the centre.

Another solution under consideration is to look at the times of day heavier vehicles can travel within the city boundary.

This would shift the behaviours of freight operators, but would also require changes to the working patterns of retailers to accept deliveries out of normal office hours.

“Plus, if you do this overnight, you have to find a way to enable people to get to work to accept those deliveries when public transport isn’t running,” added another. 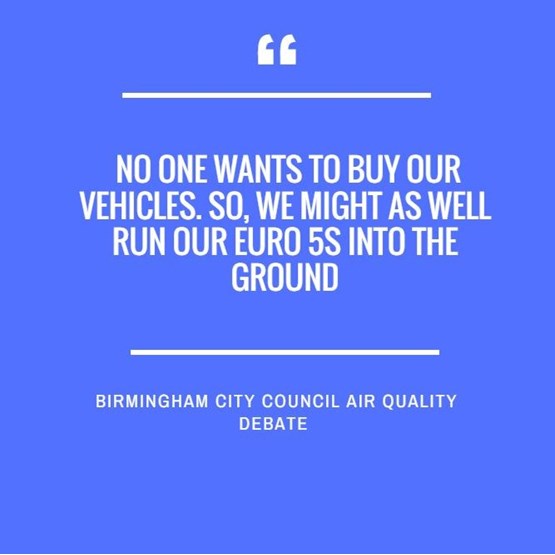 The city councillors were urged to communicate their intended zone borders as quickly as possible, as well as payment plans to enable companies to plan ahead. Fleets called for a single portal to pay for all CAZ charges in one go rather than by individual city.

This is pertinent when considering that, for example, the A38 links Birmingham to Derby to Nottingham – three CAZ cities.

Birmingham faces additional challenges in its private taxi fleet, an important source of employment for many of its Muslim residents.

With a diesel taxi costing £20,000 and an electric model £50,000, few can afford to invest unless they borrow money – something that is generally not allowed under Sharia law where interest is involved.

Yet taxis are included under all four classes for CAZ.

One said: “We need a strong value to be able to invest in Euro 6. But, the reverse is happening with the CAZ push to Euro 6 – no one wants to buy our vehicles. So, we might as well run our Euro 5s into the ground.

“The timescale we have been left with is too short unless there is a staggered approach with tapered charging for the different Euro classifications.”

Compounding the issue, according to delegates, are fears that manufacturers do not have production capacity to satisfy a wholesale market switch to Euro 6 trucks and vans.

However, councillors indicated that the Government’s national framework did not allow any flexibility for staggered charging.

1) Incentivise fleets to make collections and deliveries outside times of heavy traffic to minimise congestion, a major contributor to air pollution. For example, fleet vehicles could be allowed to enter the Birmingham CAZ without charge between 11pm and 5am. This proved successful in London during the Olympics.

2) Consistent methods of charging between CAZ cities is key. A single site or portal could be developed centrally that would allow commercial fleets to pay at the same time for any non-compliant vehicles entering several CAZs in one day.

3) Ex-fleet vehicles are typically lower in emissions than the average counterparts on UK roads. A council portal or website could be developed to enable BVRLA members to sell vehicles directly to local businesses in Birmingham, thereby moving the greenest vehicles to businesses requiring road transport.

5) Encourage/require landlords to allow charging points to be installed and property developers to include them in their plans for new residential and commercial buildings.

Transport is responsible for 80% of NOx emissions in the areas affected by air quality, according to Sylvia Broadley, while high emissions are a contributory factor in 900 premature deaths a year in Birmingham.

The council has started discussions with
a number of sectors and “fleet is one of our priority groups”.

Broadley said that 60% of the transport issue was down to diesel vehicles, adding: “We are focusing on the 7.5 tonne-plus as a real issue.”

However, she sympathised with fleet operators struggling to adopt alternatives to diesel due to the lack of options.

“We recognise that the hire and lease of vehicles is a key issue for business. It’s the same for the city council as well – we have 1,000 on our fleet, including bin wagons and tippers,” she said.

The city council has modelled traffic flow using number-plate recognition data, which identified that the majority of vans and trucks are Euro 4 and Euro 5, making them non-compliant under the Government’s national framework. In addition, not one of its Hackney-licenced taxis is Euro 6.

“Whichever clean air zone option we go for, it will include trucks, taxis, buses and coaches,” said Broadley. “We are already underway with an LPG solution for taxis. But there has to be a degree of additional measures, for example, signage and re-routing.

“We have to mitigate against relocation, so we are looking at retrofit, scrappage schemes and grants to assist in the purchase of new vehicles.” 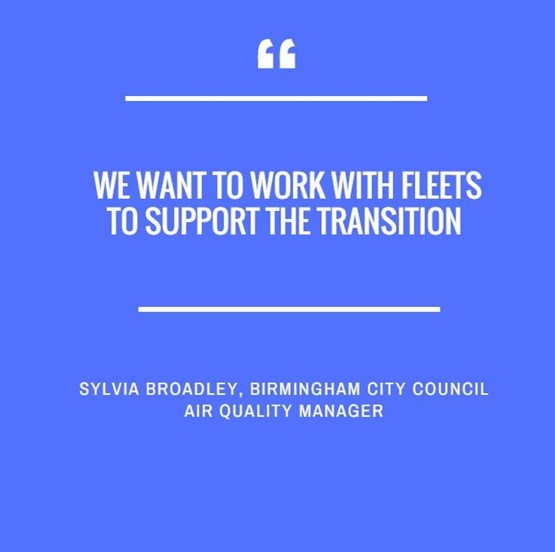 Its priorities during the feasibility planning stage are to take into consideration economic impacts, health and business perspectives.

“We want to work with fleets to support the transition,” Broadley said.

Birmingham has already started working on a delivery and servicing toolkit for freight and logistics, assessing out of hours delivery and a reduction in personal deliveries to city centre addresses by encouraging local pick-up.

It is also working with operators on how to reduce the number of failed deliveries.

“We are engaged with Transport for London (TfL) on how they dealt with it during the Olympics, and their learning points,” Broadley said.

“We want business in the city, but it has to be more coordinated and we have to work with business managers in the districts.”

The clean air zone project falls under a wider air quality initiative called the Birmingham Connected Strategy. It is looking at ways to encourage fewer journeys, greater uptake of rail and bus, priority lanes and driver training to improve how vehicles are used.

Supporting initiatives include investment in hydrogen buses. The council hopes to begin a pilot shortly, and plans to have 20 on the road within the next 12 months. It is working with TfL and Aberdeen on a procurement framework.

“We are looking at our own fleet and also electric vehicle recharging,” said Broadley.

“We have just approved the appointment of an EV partner to look at the infrastructure and we are anticipating charge points of up to 150Kw (the average home charger is 7Kw).

“But we also have to look at behavioural change so we are working with schools and other partners on a clean air campaign. Everyone has to be part of the solution.”

Fleet operators appreciate the need to act on air quality, but concern surrounds the speed of change.