The inside track: Mountain Rescue 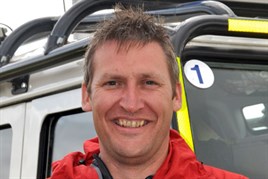 While most volunteers at Mountain Rescue are on call to rescue people who are injured, lost or in trouble on the UK’s mountains or in caves, Daryl Garfield has a different challenge on his hands.

His role involves trying to save the organisation money as well as improving the efficiency of a fleet run entirely by volunteers.

An emergency response trainer during the day, Garfield has been volunteering as the vehicle officer for Mountain Rescue for six years.

His main duties are to advise and assist on the procurement of the fleet and keep drivers up-to-date with legislation.

It’s co-ordinated by the police: team members are paged and asked to respond to an emergency.

All members are volunteers, even the national body, and it relies solely on donations and fund raising.

There are about 150 vehicles on Mountain Rescue’s fleet, the majority being Land Rovers.

However, the fleet is starting to include some pick-ups such as the Ford Ranger.

The individual teams are responsible for making their own operational decisions, fuel is managed individually, along with SMR costs and licence checking.

Vehicle procurement is also paid for by the individual teams, through cash collected from fundraising.

At the moment the teams can select any vehicle they feel is fit for the job.

However, Garfield is putting a choice list together to offer the teams advice together with a key requirements’ list to improve standardisation and promote change within the organisation.

“My role is to try and stop these teams reinventing the wheel all the time,” says Garfield.

“Teams gradually build their fleet to what they feel they need and each team has a different way of working when making operational decisions.”

Most popular articles in Day in the Life