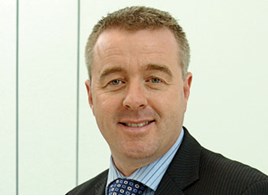 Repairing potholes should be a top priority for the new Government, van drivers have told Mercedes-Benz Vans.

The manufacturer conducted a survey among 2,000 van drivers, owners and operators to create a manifesto.

The results highlighted potholes as a top concern with two-thirds claiming they have had to pay for pothole related repairs in the last year – 8% of those asked had to spend £1,000 or more due to potholes.

Congestion is also highlighted within the survey as a critical issue for the new Government to address.

Delivery drivers say, on average, that 15% of their working day is lost due to congestion. Based on a (conservative) 8 hour working day, this equates to 1 hour 12 minutes a day or six hours a week. Fleet managers estimate 14% of their workforce’s time is lost as a result of congestion.

Lost time as a result of congestion is most pronounced in Greater London, where 16% of a working day is lost to congestion, according to the survey.

However, 61% of respondents who say that they, or the company they work for, has lost business or customers as a direct result of congestion.

This figure peaks at 82% in Greater London and 66% in the West Midlands, while 75% of delivery divers say they have lost business as a result of congestion.

Mercedes-Benz Vans UK’s managing director Steve Bridge said: “With almost 4.2 million van drivers on our roads – around one in 10 of all vehicles on our highways – the voice of this important group of motorists needs to be heard. Our research clearly highlights that potholes and congestion actually cost these hard-working business men and women serious amounts of money, both in repair bills and time lost, which isn’t acceptable.

“We are urging van drivers therefore, to report any potholes they come across to the local council – while it may seem time-consuming, there are a number of ways to do this online and via apps to help alert to and ultimately fix the issue.

“If hitting a pothole is unavoidable, drivers of Mercedes-Benz vans can have their vehicles checked over by booking into one of our nationwide dealer network workshops and having a free, no-obligation visual health check by one of our Mercedes-Benz trained technicians, who will carry out a thorough visual inspection.

"This means that issues can be spotted before they become an issue, to reduce unexpected downtime and repair bills.”