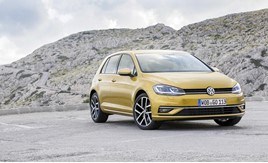 The UK recorded the second highest true fleet sales in Europe last year, according to Dataforce.

Despite the challenges caused by the introduction of WLTP in September, true fleet sales in the UK began to recover towards the end of 2018, finishing 6.6% behind 2017.

Germany recorded the highest true fleet sales for the year, beating the UK by 974 registrations.

Figures from Dataforce show that Volkswagen enjoyed the highest true fleet sales in the UK in December, a position it maintained for 11 months of the year, despite its struggle to get all models type approved by the September deadline.

Ford takes second place, retaining the same position as last year. Its performance was driven by the new Ecosport.

BMW ranks third with its 5 Series recording a top performance, outselling the 1 Series by almost two to one.

“As we finish out 2018 on what can only be described as a challenging year thanks to various influences both from inside and outside of the industry itself it is worth identifying those vehicle segments which have increased regardless of the climate.

“On the first level SUV is the only outright segment which can claim growth with a 12.1% increase with three of the SUV sub-segments,” said Richard Worrow from Dataforce.

The executive segment also grew 8.8% last year, mostly thanks to the BMW 5 series, and the medium van segment grew by 1.4%, driven by the Ford Transit Custom, Toyota Proace, Citroën Dispatch and VW Transporter.