One-in-five company car drivers are ready to switch to a pure electric vehicle (EV), but that move may not come soon enough for some of Europe’s carmakers who face big fines for failing to meet CO2 targets from 2020.

A Fleet News poll suggests significant interest in electric powertrains, with 43.8% of respondents saying they will choose either a mild hybrid (12.2%), a plug-in hybrid (10.2%) or a pure EV (21.4%) as their next company car.

Diesel remains the powertrain of choice for 42.6% and one-in-nine (11.2%) said they will opt for petrol.

In the retail market, the interest in electric motoring is even greater. A little fewer than two-in-five drivers (39%) say they are considering an EV as their next purchase, approaching three times the 15% who said the same in 2017, according to research from Close Brothers Motor Finance.

Its Britain Under the Bonnet report also found a drop in concerns about the cost, range and charging time of EVs, in comparison to last year.

EV registrations are critical to Europe’s carmakers, who need to cut average CO2 emissions if they are to hit tough EU targets.

In the EU, each carmaker will have an individual fleet target, calculated on a group-wide basis with allowances for vehicle weights.

Three measures are available to assist manufacturers in meeting their targets: super-credits, eco-innovations and pooling.

Super-credits give a greater weighting to low-carbon vehicles sold, when they are incorporated in the final calculation of the fleet average. However, it is capped at a maximum reduction of 7.5g/km.

The eco-innovation approach aims to encourage manufacturers to develop new, advanced CO2-saving technologies. It has a 7g/km cap.

Pooling sales figures can also help carmakers meet fleet average emissions targets. Such an agreement will enable a group of manufacturers to be counted as one entity for the purpose of compliance with the joint target.

The most recent example of this strategy is the collaboration between Fiat Chrysler Automobiles (FCA) and Tesla.

FCA has been lagging behind its rivals in the development of EVs but plans to spend €9bn (£7.75bn) in the next four years to develop electric models. Unfortunately, they won’t come to market in time to avoid the penalties.

Brexit will also not offer manufacturers any respite. The UK Government has plans in place for a system that mirrors the EU target, but based on UK sales.

Registering the necessary volume of low CO2-emitting models to bring down their average fleet emissions may be a significant challenge for carmakers, but alternative fuel vehicles (AFVs) are gaining traction in the market.

Norway was the biggest market for EVs, where they held a 31% market share, while the Netherlands outsold the UK and became the fourth largest EV market, behind Germany and France.

The latest new car registration figures available for the UK, from the Society of Motor Manufacturers and Traders (SMMT), show that the AFV market rose by 12.7% in April, but zero emission-capable plug-in hybrids fell by 34%. The UK new car market as a whole declined by 4.1%.

Year-to-date, plug-in hybrids are down by more than a fifth at 20.4%. SMMT believes this is the result of the “premature” removal of purchase incentives before the market was ready. The Government announced in October 2018 that the plug-in car grant would be cut by £1,000 and no longer apply to hybrid cars with a range of less than 70 zero emission miles, from November 9.

However, the Department for Transport (DfT) implemented the lower rate for the Plug-in Car Grant earlier than planned in a bid to calm the “exceptional demand” from those trying to beat the November 7 deadline.

There have also been problems with vehicle availability, after some manufacturers struggled to get hybrids retested under WLTP when the new testing regime was introduced on all new cars from September 2018. This saw the likes of the BMW 330e and Audi A3 e-tron taken off the market.

Furthermore, battery supply has proved problematic for some manufacturers, leading to long lead times for fleets as demand has outstripped UK allocations.

The SMMT said manufacturers are investing heavily to bring ultra-low and zero emission cars to market, with some 40 plug-in models now available in showrooms, and more than 20 others expected to arrive in 2019.

However, if the sector is to reach meaningful levels, it believes measures and incentives that build business and consumer confidence will be vital.

SMMT chief executive Mike Hawes said: “We need policies that help get the latest, cleanest vehicles on the road more quickly and support market transition for all drivers. This includes investment in infrastructure and long-term incentives to make new technologies as affordable as possible.”

The latest registration figures for Norway show a plug-in market share of close to half (49.7%) in April.

Ashley Barnett, head of fleet consultancy at Lex Autolease, explained: “This success is largely down to the tax advantages that reduce the upfront cost of purchasing an EV, as well as the appeal of in-life benefits such as free parking, road tolls and access to charging points.

“To drive similar take-up in the UK, incentives will be key. Cash grants and tax deductions may need to be maintained in the short-to-medium term if a tipping point is to be reached in new vehicle sales.

“Confirmation of the taxes applicable in the company car market would also help stimulate demand.”

Lex Autolease launched its own incentive scheme at the Zero Emission Summit in Birmingham, last year.

The £1m fund provides customers cashback of £1,000 on the first qualifying 1,000 pure EV orders the leasing company receives, which will increase the size of its EV fleet by more than 67%. It said that 467 qualifying orders were placed in the first four months of 2019 alone.

The business predicts that once the funds have been fully allocated, there will be an overall increase of at least 8% in the number of pure EVs on UK roads.

Above and beyond the orders that qualify for cashback, the fund has also generated significant interest in EVs from both business and personal customers, with a further 530 orders placed in three months, taking the total to 997.

Further pressure could be heaped on manufacturers if a ban on the sale of new ‘conventional’ diesel and petrol cars is brought forward.

The Government wants all new car registrations to be zero emissions-capable from 2040, but the Committee on Climate Change is calling for that to be brought forward to 2030.

It is part of an ambitious new proposal to reduce the UK’s greenhouse gas emissions to zero by 2050.

Lord Deben, chairman of the Committee on Climate Change, said: “The Government should accept the recommendations and set about making the changes needed to deliver them without delay.”

The report calls for a substantial investment in EV charging infrastructure to make the switch possible.

The ambition is for all cars and vans on the road to be electric by 2050, but recognising the current battery supply issues affecting the volume of electric cars that are currently available, the report states that the 2030 ban could be shifted to 2035, if required.

According to the committee, a shift to electric cars in the shorter term will save the country around £1bn per year by the early 2020s.

The report fails to outline how the Government will recoup the lost revenue from company car tax, fuel tax and vehicle excise duty but suggests that financial incentives for EVs could be removed once they achieve price parity with equivalent petrol or diesel models.

“Fleets have traditionally been the pioneers of new technology and can contribute significantly towards efforts to reduce emissions,” said Barnett. “If market conditions are made more favourable, fleet managers will continue to place orders for EVs and can drive behavioural change more widely.”

'Carmakers will struggle to get their act together in time' 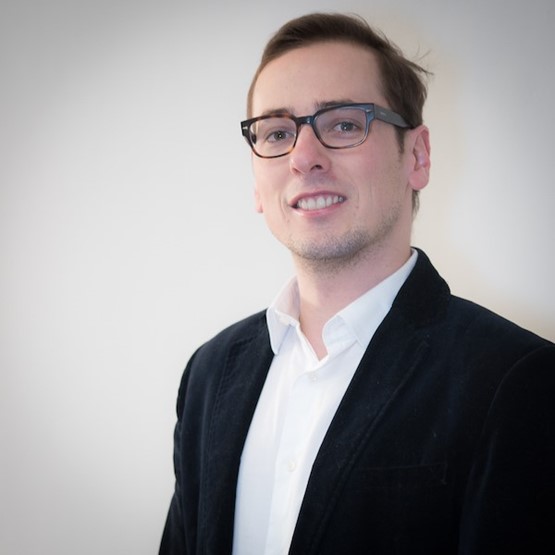 When it comes to emissions targets, the industry has the technology, resources and will – but not the time.

It’s no secret that the European car industry is navigating a challenging period that’s filled with uncertainty.

In addition to Brexit and the well-documented trade tensions between the world’s largest economies, the upcoming CO2 targets present a new unique challenge to the industry’s top automakers. What happens here in Europe will be felt across the rest of the globe, as the region is key for the development of new technologies and the world’s second largest car market behind China.

Several of the studies conducted by Jato Dynamics indicate that the coming 18 months are going to be crucial for Europe’s carmakers. Despite the announced penalties for those that produce excess emissions, it is clear that the big European players aren’t ready for this new shakeup.

First, it was the SUV boom, which forced the carmakers to change their product plans to focus on bigger and heavier vehicles. As demand for the segment soared (market share in the UK jumped from 8.5% in 2009 to 38% last year), carmakers focused on bringing more and more of these vehicles to market.

Next came the diesel crisis, which led to many European cities announcing a ban of the fuel type. This generated panic buying among many consumers who opted for gasoline or electric vehicles instead.

In the first three months of 2012, diesel vehicles controlled 54% of the market share. However, Jato’s data indicates that this fuel type counted for only one-in-three passenger cars registered in Q1 2019 in Europe.

Both trends took place at a time when the adoption of electric and plug-in hybrid has also taken off at a very slow speed. Although registrations in Europe totalled 120,000 units in Q1, up by 37%, they still count for only a very small part of the market – just 2.9%.

As the new emissions targets edge closer, most of the world’s top automakers have been developing the technologies to bring cleaner cars to the market.

The problem is that they lack the time to change the situation and be truly ready for what’s to come. And so far, there have been more announcements than real launches, which means that – despite what’s at stake – the carmakers simply aren’t ready for this new chapter in the industry.

The European Commission has told BMW, Daimler and VW that, in its preliminary view, that they breached antitrust EU rules over the development of engine emissions technology.