Euro 6 standard diesel cars are now appearing in auction halls across the UK as they come off lease contracts at between 42 and 48 months.

Alex Wright, managing director of SVA, believes that despite the general cynicism surrounding diesels, the growing influx of Euro 6 standard vehicles in the used market will have a positive impact on sales of diesel vehicles overall and CO2 emissions.

He said: “Despite the tipping point having arrived for EV vehicles, we will see the diesel market recover and, due to the reduction in new diesel sales, the pendulum will swing back to an increased demand in the second-hand market.

“The new generation of petrol owners in an SUV will realise the extra running costs versus diesel, and when the green light is given by the Government that these new generation diesels are actually helping the country reduce CO2 and NOx emissions, it will be accepted as a ‘green’ solution until EVs fully establish themselves.

“We must remember that petrol powertrains’ generate CO2 and NOx emissions too and, arguably, have progressed less than diesels in recent Euro standard iterations.”

Since the VW ‘dieselgate’ scandal emerged, there has been a significant backlash on diesel powertrains across the market, with some councils taking advantage according to Wright by charging more for parking when owning a diesel vehicle.

However, since September 2015, all diesels sold in the UK have had to be Euro 6 compliant. These ultra-low emission vehicles are recognised as some of the most fuel-efficient vehicles available today.

“Despite the momentum behind electric vehicles, there is going to be a resurgence in demand for ultra-low emission diesel powertrains,” explained Wright.

“These vehicles will sit alongside EVs and ultra-efficient petrols as part of the solution in reducing emissions and improving urban air quality.”

In March of this year, it was revealed that average CO2 emissions across all cars sold in Europe had reached a four-year high.

This was largely driven by the switch to petrol and the growing popularity of SUVs, which are typically less efficient than traditional family hatchbacks and Euro 6 diesel equivalents, he said. 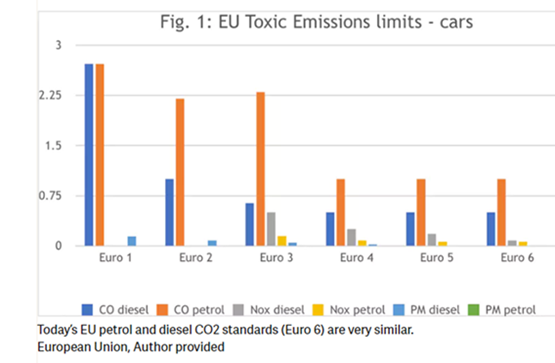 Cox Automotive says that the used car market should achieve 7.8 million transactions in 2019 following the release of Q2 figures.

Petrol powertrains continue to dominate as the UK’s top-selling used cars during 2019, says a study by Indicata UK, which covered more than 600,000 vehicle sales.