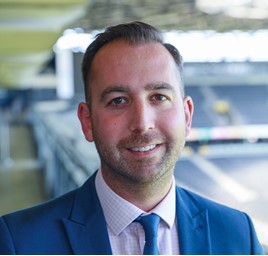 Lee Giddings has been named as Suzuki’s national fleet sales manager in a new look fleet department for the manufacturer.

The announcement comes after Suzuki’s head of fleet and remarketing, Graeme Jenkins, was made redundant at the end of last year.

Suzuki said that the reason for his departure was its desire to centralise operations, with the objective of providing a consistent approach to all of its customers.

The carmaker says that during this time, he has developed “excellent” relationships with the leasing industry and end-user customers, delivering “incremental and profitable volume” and was instrumental in Suzuki winning the much coveted ‘Most Improved Fleet Manufacturer’ at last year’s Fleet News Awards.

Prior to joining Suzuki, Giddings spent 13 years at Toyota and Lexus GB, working in various roles within its fleet structure and most recently as area fleet sales manager.

Miller is responsible for the leasing industry in the north of England and will continue his working relationship with Suzuki Contract Hire, with the aim of ensuring Suzuki has a competitive proposition across all models.

Furthermore, Suzuki says that he will be working closely with the industry guides to help improve residual value and cost of ownership position.

Swift brings to her new role a wealth of experience, particularly with her knowledge of the public sector and will be key to driving forward volume with leasing partners in the south, says the carmaker.

Suzuki’s Swace hybrid estate will be priced from £27,499 when it is launched in the UK this month

Suzuki’s head of fleet and remarketing, Graeme Jenkins, has been made redundant following a restructure at the business.