Preparing your fleet for the new Highway Code laws 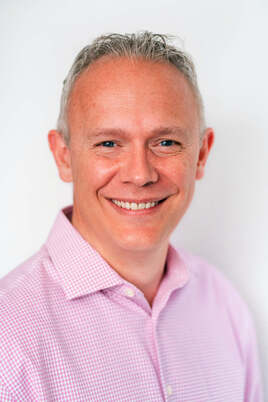 The are a number of new rules aimed at changing the hierarchy of road users, such as vehicles having to give way to pedestrians at crossings and new rules about overtaking.

For experienced road users like fleet drivers, these rules will likely not be an issue and indeed, many drivers will have already been putting them into practice prior to their introduction.

However, the problem arises when we consider the timing of the new laws.

These rules were introduced on Saturday January 29, shortly after the work from home guidance from the Government was lifted and more drivers were returning to the road for the first time in a long time.

The Department for Transport (DfT) data shows in the week commencing the January 17, 29% more cars took to the road compared to the same period in 2021, and this figure is only likely to grow the more people return to normality after the Covid restrictions.

Many drivers will be returning to the roads to face new road laws which they may not be familiar with, which could cause serious issues if a large group of people are not following the rules of the road correctly.

We would urge all fleet managers to speak to their drivers and ensure they are being extra vigilant in the coming weeks as more drivers get back behind the wheel and get used to the new rules.

These new changes make the proper use and maintenance of Advanced Driver Assistance Systems (ADAS) even more important.

ADAS technologies can warn drivers about other road users and help guide drivers when overtaking, but they can only function correctly when used and maintained properly.

ADAS needs to be correctly recalibrated after any windscreen replacement, and so fleet managers should ensure they are working with a trusted supplier who can complete the recalibration accurately and to manufacturers standards.

This process will become even more important in the months ahead, with new regulations coming into effect later in the year that will mean all new vehicles will be required to be fitted with certain ADAS technologies like emergency breaking and lane keep assist.

While safety technology is extremely important, it is still essential that drivers stay alert and attentive when behind the wheel. ADAS is there to assist and not replace a switched-on driver, so it is important fleet drivers do not forget the basics.

As always, maintaining windscreens and mirrors to ensure they are damage free can be a vital step in providing a clear view of the road to spot any other road users.

We are all delighted to be returning to a level of normality, but with the roads set to get busier and busier in the months ahead it is important that safety remains the number one priority for fleet managers and drivers alike.

RED Driver Risk Management has produced a downloadable infographic for fleets to send to drivers which explains the changes to the Highway Code.