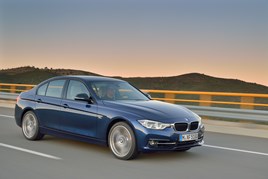 Telematics fitted to a company car in for repair at a BMW main dealer caught a member of staff driving the car at more than 90mph.

According to the Northampton Chronicle, Andy Benford, who worked for photocopying services firm Copymark, took his BMW 320d to the Wollaston dealership for a handbrake repair.

At around 3pm, Benford received a call from his managing director, questioning a speed notification of more than 90mph sent by the telematics system fitted to the vehicle.

It emerged the vehicle had been taken for a 15 mile test drive on the A45, travelling above 90mph three times.

David Glover, dealer principal, told the newspaper: “We are aware of the issue and we have carried out an investigation into the situation.

“We have spoken to Mr Benford’s company about what happened and we have apologised in connection with that. They have accepted those apologies and we have moved on.