Hyundai is most reliable car brand, according to JD Power survey 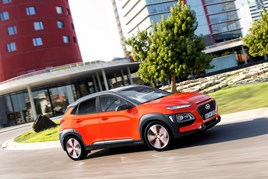 Hyundai has topped the JD Power Survey as the most reliable car brand, in a surprise result that sees BMW named the least reliable.

The Korean manufacturer achieved the least faults per 100 vehicles in the study, which measures problems experienced during the past 12 months by original owners of vehicles in the UK after 12-36 months of ownership.

Premium manufacturers fared the worst in the survey, with Mercedes-Benz - the best-performing premium brand - achieving 14th place in the table.

BMW ranked worst, below Fiat, and German rival Audi was also in the bottom three. 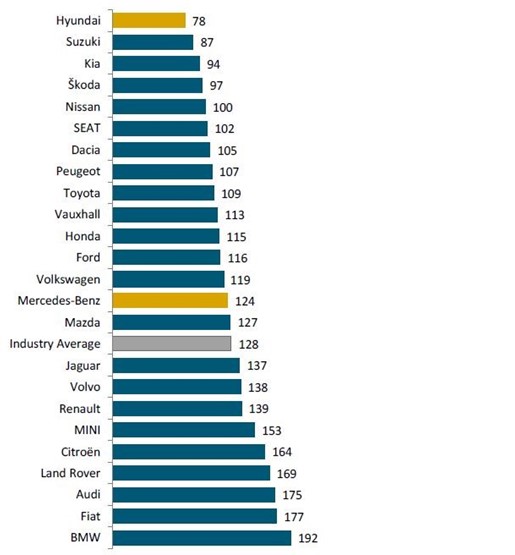 The result contrast with those of the FN50 Fleet Reliability study, which ranked BMW as the best performing brand, ahead of Audi (2nd) and Mercedes-Benz (3rd).

The 2018 study found that technology problems continue to be common for owners after 1-3 years. Common issues include Bluetooth phone connectivity issues and voice recognition not recognizing commands.

“It’s imperative for manufacturers to address this issue in order to improve the level of consumer trust in the technology.”

Most reliable cars by segment 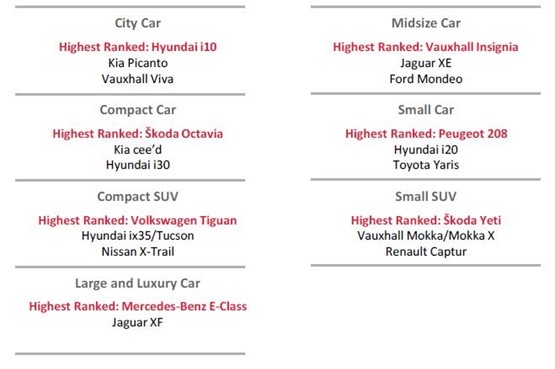 The segment results paint a slightly different picture, with the Mercedes-Benz E Class named the most reliable luxury car.

In the midsize segment, which is key for fleet operators, the Vauxhall Insignia returned the best performance.

The 2018 UK Vehicle Dependability Study was based on responses from 13,536 owners of new vehicles registered from February 2015 through February 2017.