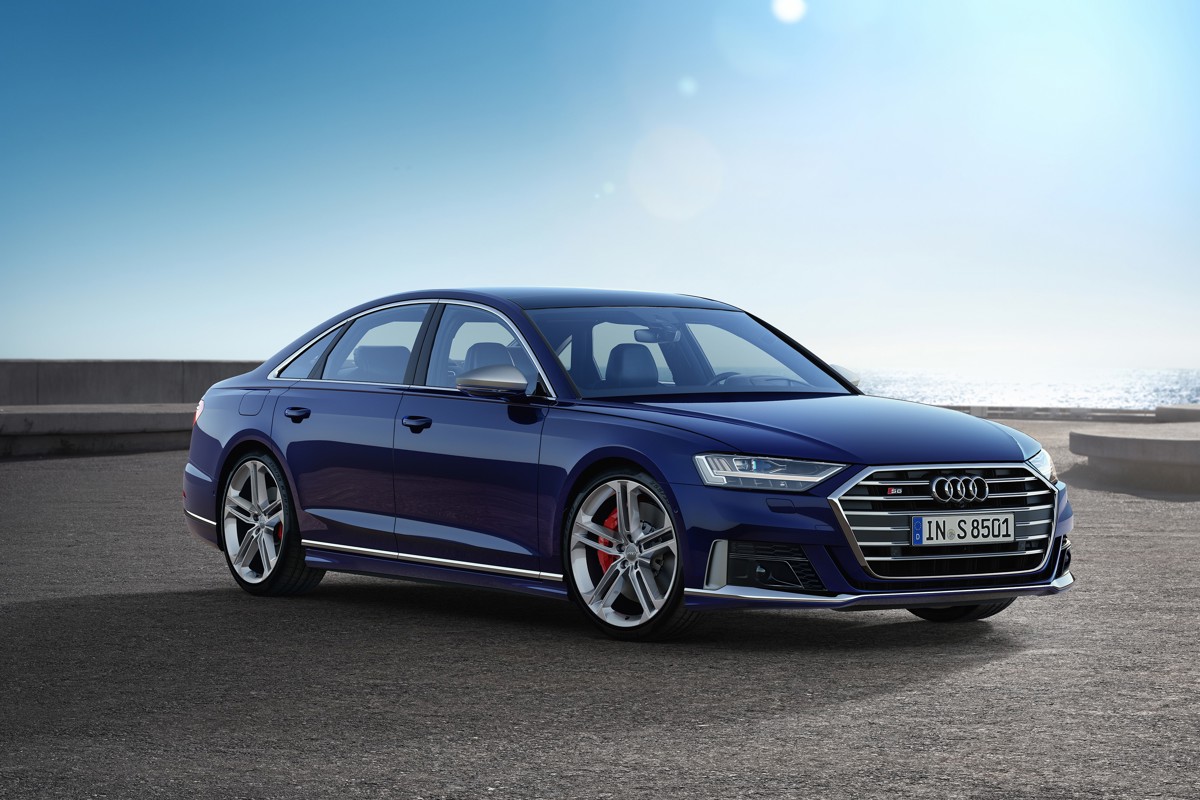 Audi has revealed the flagship performance version of its A8 luxury saloon, boasting a clever new suspension system that reacts to bumps in the road.

Unlike the latest models in the Audi S range, which have switched to diesel, the new S8 utilises a petrol V8 with two turbos, giving 571PS and 800Nm.

Mild hybrid technology is fitted, with 48v electrics, allowing the car to coast for extended periods and to remain stationary with the engine off for longer.

There is also a cylinder deactivation system to further boost efficiency, although the 4.0-litre engine is unlikely to be a eco-champion.

The active suspension system works in conjunction with the car's air suspension, enabling it to lift or push down each wheel separately via electromechanical actuators.

It reduces pitch or roll during acceleration, braking and cornering and can provide a smoother ride by using the front camera to detect larger road surface irregularities.

The system combines with all-wheel steering, which Audi says give the S8 sports-car-like handling.

The active suspension enables another new function. The body is quickly raised by as much as 50mm when the door handle is actuated for an even more comfortable entry and exit.

Among the 38 driver assistance systems available in the new S8 is the City Assist package. It can detect an impending side impact and can operate together with the predictive active suspension to instantly raise the body by as much as 80mm.

The S8 is available exclusively in the short wheelbase configuration. It joins the Audi A8 line-up alongside the petrol 50 TFSI and diesel 50 TDI.

UK pricing and emissions data has not yet been revealed, but the car is expected to be priced from £100,000 when it goes on sale towards the end of the year.

Carmaker may have lost ground over WLTP, but 10-year lithium deal could provide welcome turning point

Audi has revealed the new Q7, which has undergone a fairly substantial facelift.