Mercedes announces A 250e and B 250e plug-in hybrids 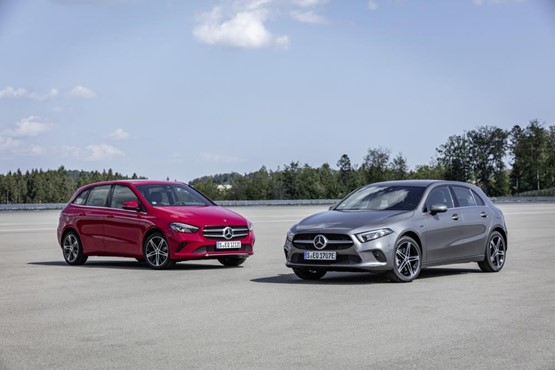 Mercedes-Benz has expanded its range of EQ Power plug-in hybrids with the A 250e and B250e.

The new models use a 1.3-litre turbocharged petrol engine, combined with an electric motor to deliver a combined 218PS and 450Nm.

The A 250e is available in both hatchback and saloon body styles, with the latter offering the lowest emissions of 32g/km, although all versions are in the same 16% BIK band.

Prices are expected to start at around £33,500 for the A 250e hatchback when it goes on sale before the end of the year. 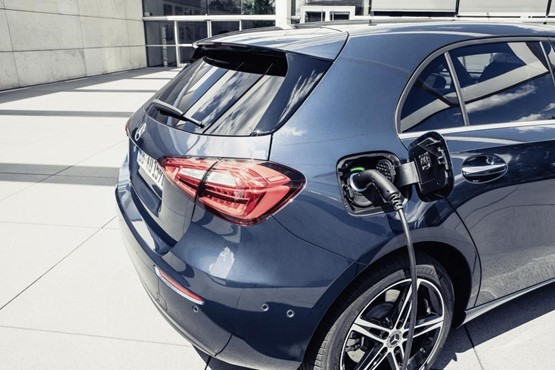 A 15.6kWh battery is used in both the A 250e and the B 250e. It provides a zero-emission range of around 42 miles and can be charged in less than two hours.

Official fuel economy figures suggest an average of more than 200mpg is achievable.

Performance is also impressive, with 0-62mph taking between 6.6 and 6.8 seconds depending on model.

Clever packaging to minimise the impact on luggage space sees the exhaust end in a centrally positioned outlet under the vehicle floor, with the rear silencer housed in the transmission tunnel.

By integrating the fuel tank into the axle installation space, Mercedes-Benz was able to create room beneath the rear seats for the high-voltage battery.

The powertrain uses a route-based operating strategy, taking factors such as navigation data, speed regulations and route into account. The operating strategy takes into account the entire planned route and prioritises the electric driving mode for the most sensible route sections in each case.

New drive programs "Electric" and "Battery Level" are available. Maximum e-performance can be experienced in "Electric" whereby the combustion engine is only engaged if the driver uses kickdown on the accelerator pedal. In the "Electric" program the recuperation strength can also be selected via paddles behind the steering wheel. The paddles on the steering wheel enable the selection of five different recuperation levels

There will also be a GLC plug-in hybrid offered shortly. Mercedes says it will offer more than 20 plug-in models by 2020.

Updated plug-in hybrid is more powerful, more efficient and has a longer zero-emission range than its predecessor.