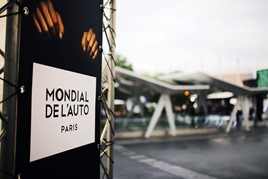 The 2020 Paris Motor Show will not take place this year, as planned, due to the global Coronavirus outbreak.

The biennial event, which was due to open its doors to the public on October 1 -11 in the French capital, will not run as a traditional motor show - but some elements of the wider Paris Motion Festival are expected to go ahead.

Peripheral events such as the Movin’On innovation and sustainability summit, the Smartcity show and a number of out-of-town events will still take place, according to the event’s organisers.

"Nothing will be the same as before, and this crisis must teach us to be agile, creative and more innovative than ever," the organisers said.

The Paris Motor Show is one of the biggest on the motor show calendar, attracting more than a million visitors in 2018.

Its cancellation follows that of the Geneva Motor Show, which was meant to take place in March. June’s Detroit Auto Show has also be cancelled, while both the Beijing and New York shows – due to be held in April – have been postponed.

It remains unclear if organisers will attempt to run a full show again in 2022, but organisers stated: “We will study all the alternative solutions. The profound reinvention of the event, with a festival dimension based around innovative mobility and a strong B2B component, could offer an opportunity.”

Organisers have cancelled the Geneva Motor Show, which was due to take place next week, because of Coranavirus.

Fleet News has cancelled Company Car in Action 2020 – the UK’s leading arrive and drive event – due to the coronavirus pandemic.