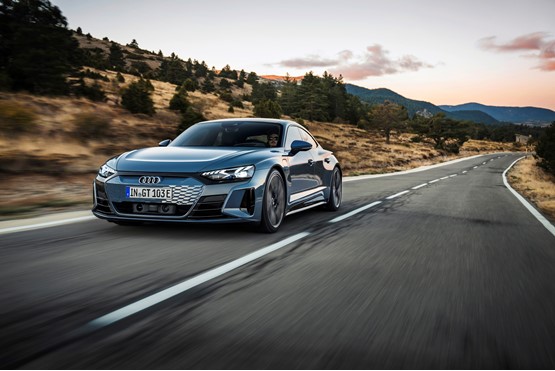 Audi has revealed the new e-tron GT, a fully-electric saloon car that will go on sale in the Spring.

It is expected to have a range of around 300 miles and is capable of charging at up to 270kW, enabling 62 miles of range to be added in just five minutes.

The e-tron GT Quattro has a power output of 476PS, with 530PS available via ‘Boost Mode’. This means it can accelerate from 0-62mph in 4.1 seconds.

There will also be an RS version, which can achieve the 62mph benchmark in 3.3 seconds thanks to its 646PS peak power output. The RS is priced from £110,950.

Both models use the same 93kWh battery, which is built into the car’s floor. 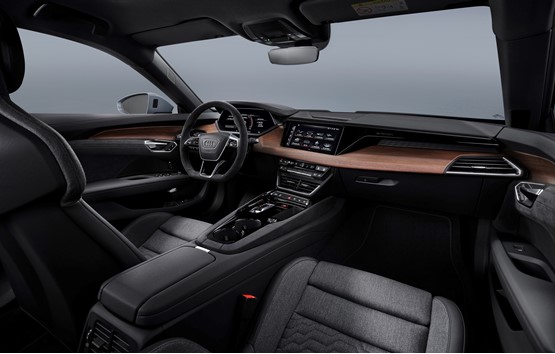 Much of the e-Tron GT’s underpinnings are shared with the Porche Taycan, although the Audi provides a larger 405-litre boot.

Audi says the body of the e-Tron GT is designed to maximise aerodynamics and its front ‘grilles’ are utilised to hide the sensors required by its driver assistance systems.

Driveability can be enhanced with optional air suspension and four-wheel steering, there is also a synthetic engine sound generator.

The e-tron’s interior features a central MMI touchscreen and digital instrument cluster, but retains traditional buttons rather than using a second touchscreen as per other models in the range.

A synthetic leather upholstery option is available for customers that want a more sustainable e-tron GT.

Further details of the e-tron GT's specification are expected ahead of its arrival in the UK in the Spring.

First ever plug-in hybrid Audi model in the compact SUV class combines 245PS system output with scope for emission-free travel for up to 31 miles.