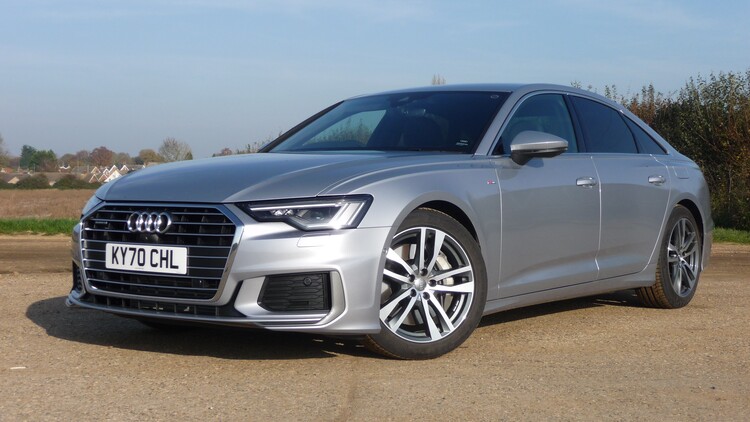 Our long-term A6 50 TFSI e S Line plug-in hybrid has now been returned to Audi and has left a big hole to fill. Not only because of the saloon’s driveway-filling size, but also because of its unerring ability to offer impressive levels of comfort and refinement.

This is enhanced by its plug-in hybrid powertrain. When on electric power, external noise coming from sources such as the engine, wind and road was near non-existent and this changed little when the petrol engine came into action.

The PHEV powertrain produces a combined 299PS, which provides plenty of acceleration when needed, and the two power sources interact almost seamlessly. With the battery fully charged – which would take around an hour-and-a-half from my home 7kW charger – it would do 30 miles on electric only. On longer trips and in auto hybrid mode, which combines both the electric motor and petrol engine dependent on the circumstances, I achieved around 40mpg which, for a car of the A6’s weight and power, was pretty impressive.

Although I’ve already referred to its size, the A6’s dimensions are typical of the executive sector and it offers plenty of room and comfort for all.

It’s 360-litre boot is 170 litres less than its petrol or diesel counterpart as its 14.1kWh battery sits under the boot floor, but it still offers plenty of space. On the road, the A6 never feels big or unwieldy, instead feeling pretty agile, but its ability to cover miles effortlessly is perhaps its biggest attribute.

This feeling of luxury is enhanced further by the top-notch cabin design and build quality, which is at least on par with rivals and makes it a special place to travel in.

The A6 also makes a strong case for itself from a financial point of view. According to the Fleet News company car tax calculator, it will cost a fleet 68.11 pence per mile (ppm) to run over a four-year/80,000-mile cycle. This is almost identical to the 68.17ppm for a BMW 530 2.0e PHEV Sport Tech Pro.

Motorists do not tend to choose saloons for their practicality as their bodystyle makes them less versatile than hatchbacks or estates. A prospective A6 driver who needs maximum practicality is able to opt for the Avant estate but, for me, the saloon has been more than sufficient.

This is even with the reduced boot space our 50 TFSI e plug-in hybrid model has compared with a petrol or diesel variant. 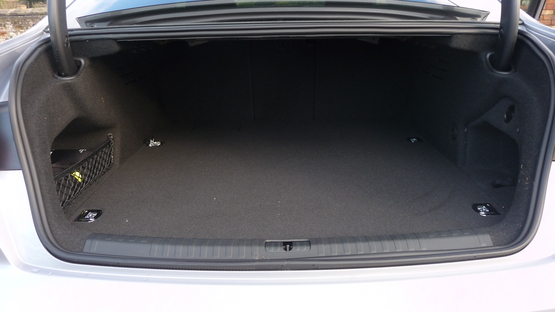 Its 14.1kWh battery sits under the boot floor, reducing overall capacity from 530 litres in the ICE models to 360 in the PHEV, but the higher floor does sit flush with the boot lip, making it easy to slide items in and out.

The only time the boot size and shape has been an issue was when I planned to use it to pick up a new mountain bike.

Although the rear seats fold down to create a load space about six feet long, the height of the bulkhead was too low for the bike to comfortably fit in and, as I didn’t want to take the bike apart in the Halfords car park, my estate-and-roof-rack-owning brother kindly picked it up for me instead.

An essential work trip gave me the reason to leave my home town for what seems like the first time in six months and to take the Audi A6 on its longest journey since joining our long-term fleet.

I already knew the A6 provides exceptional levels of refinement and comfort and the 99 miles from my Norfolk home to Coventry reinforced that.

What did come as a surprise was just how efficient the plug-in hybrid powertrain was. It uses a 252PS 2.0 TFSI petrol engine combined with an electric motor to produce a combined 299PS.

Its 14.1kWh battery provides an electric-only range of up to 34 miles, but the car also lets you select auto hybrid mode, where it will alternate between battery and petrol or use both at the same time dependent on speed, style of driving and battery charge. With the car in auto mode and a fully-charged battery, it achieved an average fuel economy of 48.9mpg for the outward trip.

The journey home, which started with no battery charge, saw an efficiency of 40.2mpg, pretty good for a two-tonne executive saloon powered mainly by its 2.0-litre engine.

Early findings from the ongoing Optimus Prime electric vehicle trial note that the range of their battery electric vehicles falls by around 20% when the temperature drops in the winter, and my experience is similar.

When it’s warm, the projected electric range of our Audi A6 50 TFSI plug-in hybrid is 34 miles when fully charged. So far this winter, it has typically dropped to 28 miles, although on one particularly cold morning it fell to 22.

This is not a disaster because the A6 switches to its petrol engine when the charge runs out, but I was surprised what a difference the cold weather had made.

That day when it fell to 22 miles was also the day when I was making a 90-mile round-trip – the longest journey I’ve made since getting the keys to the car.

On the outward journey, the final 23 miles were on petrol only and I recorded fuel economy of 45.7mpg.

The plan was to use the return trip to get an idea of the car’s fuel economy on petrol alone, but when I returned to the A6 after a couple of hours the battery had somehow – possibly because the day had warmed up – recovered six miles of range.

This meant I couldn’t carry out this efficiency test and the subsequent Covid-19 lockdown has prevented me from doing any journeys long enough to do this since.

Other than the reduced electric range, the A6 has been a great cold weather companion.

As it’s a PHEV, the MyAudi app allows you to determine how the interior should be heated or cooled while the vehicle is being charged, ensuring it’s nice and toasty when you get in, as well as de-icing the windows.

This function allows you to set the climate control as well as the heated seats, rear windscreen and mirrors.

On top of that, the A6 also has Audi’s quattro four-wheel drive system to provide extra traction, ensuring my time with the car continues to be a really enjoyable one.

One of the few unknowns when I was handed the keys to our Audi A6 long-termer was how well its plug-in hybrid technology would fit into my lifestyle: the answer to this has been ‘very well’.

I currently work from home instead of doing a 75-mile round trip to the office each day. This has meant the A6’s official electric-only range of 34 miles has allowed me to do perhaps 95% of my journeys without burning a drop of petrol.

I’m also fortunate enough to have a 7kW Pod Point charger at home, which – combined with the A6’s 7kW on-board charger – can charge the 14.1kWh battery from empty to full in around two hours.

The PHEV powertrain has also changed my shopping habits. I worked part-time at Tesco when I was in sixth form and have remained loyal since.

It turns out, however, my loyalty can be bought and all it has taken is enough free electricity to drive 12 miles. That’s how much charge I can put into the A6 when I shop at my local Sainsbury’s. As, ironically, Tesco says, every little helps. 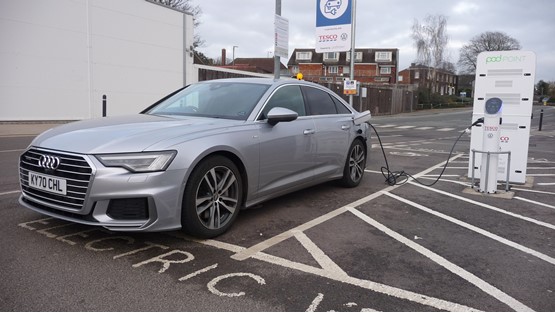 A new long-term test car day is always an exciting event and my most recent changeover was a more anticipated moment than many.

I’ve switched from Audi’s impressive A4 into its bigger executive saloon sibling, the A6, in S Line trim. The change has also seen me switch from a diesel powertrain to the TFSI e plug-in hybrid.

Combining a 2.0-litre petrol engine and a 105kW electric motor to produce 299PS, it has an official combined fuel economy of 188.3mpg with CO2 emissions of 36g/km. 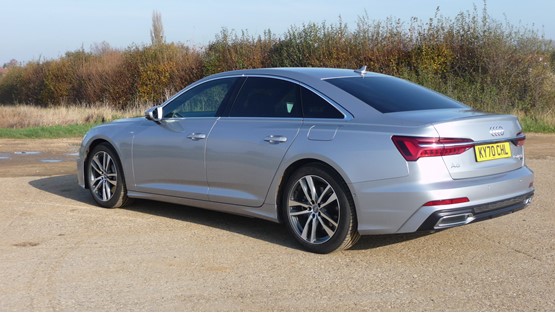 City Assist includes technologies such as blind spot assist, pre-sense in the event of a rear-end collision and cross-traffic assist, while Comfort and Sound includes systems such as 360-degree cameras, park assistant and a Bang & Olufsen sound system.

The addition of these packs may seem slightly extravagant, but they do add a lot of equipment for the cost and should enhance the ownership experience.

Early signs are very promising. Technically and aesthetically the A6 is an impressive package, and my time behind the wheel so far has further reinforced this: it oozes class and quality.

Hopefully, I’ll continue to enjoy it as much over the next six months as I am at the beginning.

Audi will offer the most comprehensive array of engine options to date with the A3 as mild hybrid and plug-in hybrid models join the range.