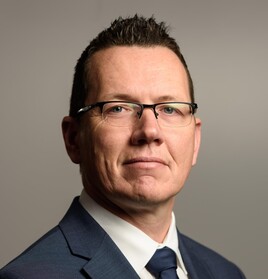 Hyundai is set to become a “major player” in the UK fleet market under the leadership of new head of fleet Tim White.

Having joined the Korean car brand two-and-a-half years ago, White stepped up from his previous role as national fleet sales manager in May. He replaced former fleet director Michael Stewart who left the business in January 2020.

A key part of White’s strategy is to shift the brand’s fleet business away from rental and focus on true fleet growth. By 2025, he has a target of achieving 5% of the true fleet market. Currently, the brand’s share sits at 2.4%.

White said: “We now have a very deliberate focus on fleet. When I joined the business, it's fair to say, it was very retail focused. Essentially, fleet was a bit of an afterthought. I'd say the fleet we did do was the traditional daily rental, Motability and tactical fleet, we weren't really focused on the fleet customer or the company car driver.

“We're now in a position where we have more tools, we have a dedicated fleet marketing plan and we have a refocused sales team dedicated to fleet and end user relationships.”

White admitted that Hyundai’s product line up didn’t previously serve the fleet sector as well its current one does. It has launched a number of new models in the last year, however, with a significant shift to alternative powertrains.

He said: “Our initial success with fleets came from hybrid, plug-in hybrid and electric Ionic, so that was where we got our first results. Then, when Kona Electric came in, it was clear that that was the key car that everybody then wanted to talk to us about.

“Fleet now has a bigger voice within the business and when we are looking at production volumes and model types and powertrain, and even down to things like colour, we're now having input into that.”

Before the end of the year the brand will launch it’s first dedicated electric model, the Ioniq 5. It’s based on an all-new platform and offers executive saloon levels of comfort and space in a hatchback body.

The retro-styled EV is priced from £36,995 and has a range of up to 300 miles, depending on version. Its key rival will be the VW ID4, but White expects to conquest customers from a broad range of sectors.

Hyundai is making a clear move away from the mainstream end of the market, with the Ioniq name now used for a new line of premium EVs. They still wear Hyundai badges, however, a conscious design made by the brand to reflect its ambition.

White says the new model, along with the recently-launched Tucson, will make up a third of Hyundai’s fleet volume in the second-half of the year.

With more than 25 years’ experience in the automotive industry, White joined Hyundai in 2018 from a senior management role as national fleet sales manager for Vauxhall Motors.

He began working for the Vauxhall brand at the age of 19, during which time he held a number of middle management roles within the fleet, B2B, leasing and dealer development sectors.

Hyundai has confirmed the pricing and specification of the Tucson plug-in hybrid, which joins the existing line-up with lower company car tax rates.

Hyundai has reduced the prices for certain Kona Electric and Ioniq Electric, to ensure they are eligible for the plug-in car grant.