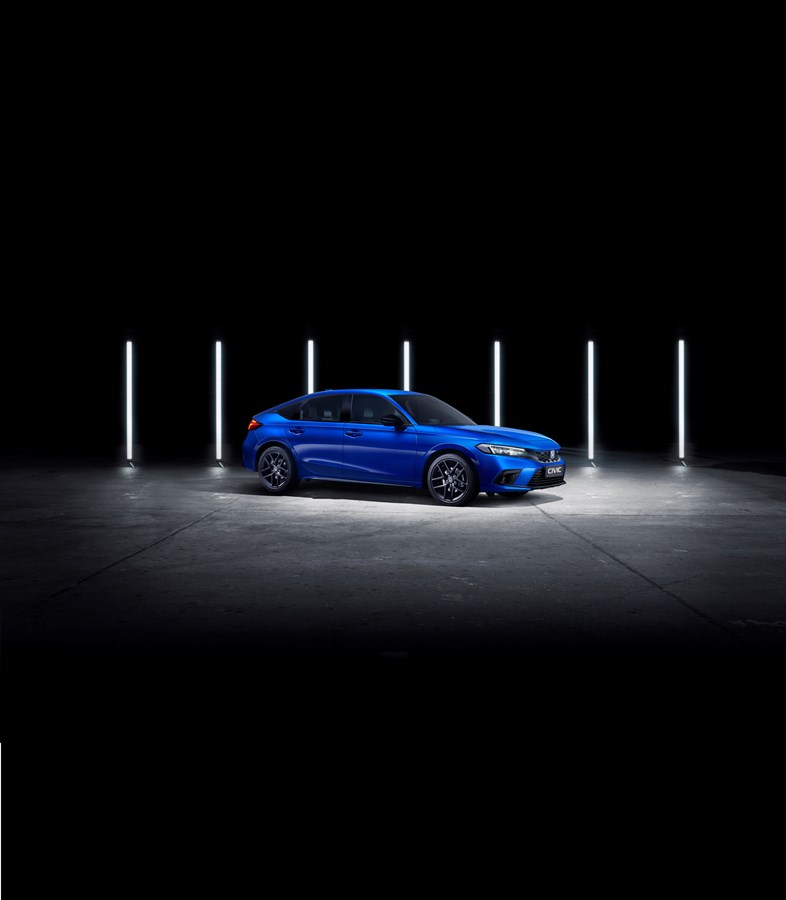 Honda has revealed the all-new Civic ahead of its arrival in the UK later this year.

The 11th generation model introduces a new hybrid powertrain and promises greater efficiency than its predecessor.

Its introduction, this autumn, will complete the electrification of Honda’s line-up in the UK.

The Civic e:HEV is powered by a 2.0-litre petrol engine that works in conjunction with two electric motors, giving a total output of 183PS and 315Nm.

The electric motors primarily send power to the wheels in most driving situations, receiving power from either the on-board battery or the engine. In certain situations, such as on the motorway, the engine provides drive directly.

Honda says the car should emit less than 110g/km of CO2.

The all-new Civic is sleeker than before, with a bonnet line that is 25mm lower than the last Civic and smoother panels. It also has a longer wheelbase, providing improvements in driveability and extra passenger space. The glass area has been increased to create a light and airy interior.

To save weight, and therefore improve efficiency, the Civic’s tailgate is made from resin.

On the inside, the new model’s interior features more high-quality materials, to give a more premium feel.

The new Civic will be built in Japan, following the closure of Honda’s Swindon factory where the 10th-generation model is produced.

Pricing and specification details will be available later this year, before the car’s official launch in the autumn.

Honda also confirmed the further expansion of its electrified product line-up in 2023, to create its widest European line up for many years. New additions include an all-electric B-segment SUV, previewed as the e:Ny1 Prototype, a C-segment full hybrid SUV, and an all-new CR-V with a plug-in hybrid.

Honda and Sony to launch co-developed EV in 2025

Honda and Sony will form a partnership to develop and sell electric vehicles (EVs), with the first model expected by 2025.