"Nissan says the new engine is more efficient than the ones it replaces, emitting 25% less NOx." 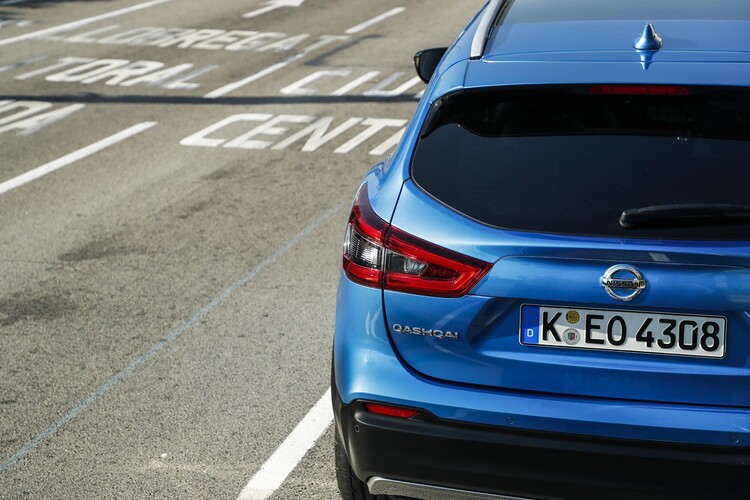 The winning formula that makes the Qashqai among the best in class, such as its practicality, handling and low running costs remain intact in this update.

Developed in partnership with the Renault-Nissan Alliance and Daimler, the new engine is already in service in the new Mercedes A-Class and is about to launch in the Renault Kadjar.

Nissan says the new engine is more efficient than the ones it replaces, emitting 25% less NOx. In either state of tune, the petrol Qashqai emits 121g/km of CO2 and returns 53.3mpg.

A seven-speed DCT automatic gearbox is available with emissions of 122g/km and 51.4mpg. Nissan says this option is crucial as half of crossovers sold in Europe are now automatic.

The petrol engines complement the recently updated 1.5-litre diesel, which now has 115PS and emits from 100g/km of CO2.

Next year, the brand will introduce a 1.7-litre diesel with all-wheel drive as the range-topper.

Alex Smith, managing director of Nissan Motor UK, told Fleet News the company’s fleet strategy is to focus on selling both the petrol and diesel.

“Fleet customers are good at choosing the fuel that’s right for them and we can now cover a large proportion of the market with our range,” he said.

Refinement was a key factor in the design of the new petrol engine. It offers little vibration or noise at idle and only becomes noticeable at higher engine speeds.

On paper, the more powerful engine should be noticeably faster with a 8.9-second 0-60mph time, versus 10.5 seconds for the 140PS version. In reality the two cars feel very similar. Both will happily cover long motorway trips with little fuss and have more than enough power for overtaking.

In the DCT, progress is smooth and the ’box feels responsive.

However, from standstill, it takes a second to engage, making pulling out into busy traffic a bit hair-raising.

The diesel still has the edge when it comes to running costs, but by less than 1p per mile. Drivers will also save around £100 per year in tax by opting for the 140PS petrol over diesel.

One of the Qashqai’s major bugbears was its lack of Apple CarPlay or Android Auto – a deal-breaker for 25% of customers, according to Nissan.

From the outside, the revised unit looks remarkably similar to the old one, even sharing the same seven-inch display. But, inside it has been updated to enhance the relationship between driver and vehicle.

Using a new mobile app, drivers can search for their destination away from the car and then send the instructions to the sat-nav or locate the car if they can’t remember where it’s parked.

Compared to rival cars, such as the Volkswagen Tiguan, the new Nissan system still feels dated. Its graphics aren’t particularly cutting-edge and the matte finish screen doesn’t have the same ‘slick’ feel as the glass-fronted units that are being more frequently used.

Drivers do get digital radio and Bluetooth, while most versions get sat-nav and a reversing camera too.

The new petrol engines are an improvement over ones they replace and should provide good efficiency for those who no longer see the appeal of diesel.