"While the e-tron S may be small on volume, it’s big on innovation" 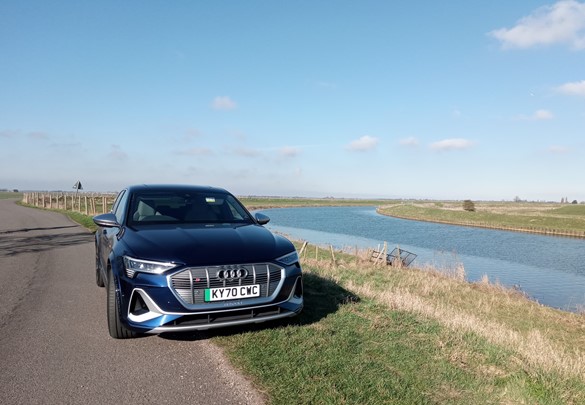 Audi’s belated move into full electric is now gathering pace with a host of models scheduled for launch by 2025.

Its latest, the e-tron S, is a little out of reach for most user-choosers but is still expected to attract interest from the corporate sector thanks to the 1% BIK (2021/22 rate). This high-performance offshoot of the standard e-tron – available as SUV and Sportback – starts at £87,620.

Audi predicts the SUV version will account for around 10% of the e-tron’s 6,000-plus annual sales, with half of those going to fleet. It’s not going to transform Audi’s model mix, then; that’ll begin in early summer with the launch of the Q4 e-tron, taking Audi into the mid-grade user-chooser market.

Nevertheless, Audi has already seen a shift from traditional diesel towards its full battery electric (BEV) and plug-in hybrid (PHEV) models. Just 1% of its true fleet registrations were BEV and PHEV in 2019; last year that increased to 20%, with the e-tron making a significant contribution.

By 2025, when Audi will have introduced 20 electric models, true fleet volumes will reach 50%. 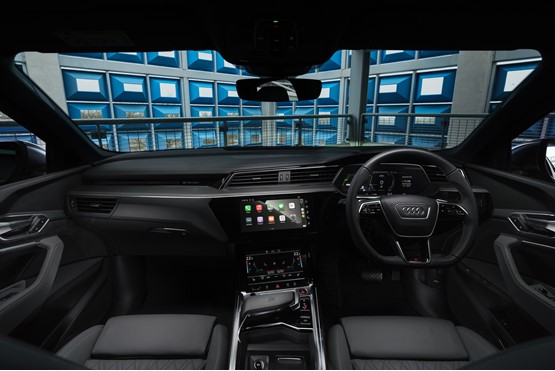 While the e-tron S may be small on volume, it’s big on innovation. It is the first Audi to use three electric motors: two power the rear axle and can apply torque individually to both wheels; the third sits at the front and steps in if traction is lost or a boost is required.

Everyday power is 435PS, rising to 503PS in ‘S’ booster mode. All you really need to know is it’s fast – 4.5 seconds 0-62mph fast to be precise, and equally as potent in mid-range with instant reaction to the accelerator.

It is also exceptionally smooth, riding on 21-inch wheels and air suspension, with impressive refinement and very little road and wind noise. The battery pack is located between the passenger compartment resulting in both a low centre of gravity for improved handling and generous boot space of 660 litres in the SUV (615 in the Sportback), plus another 60 litres under the bonnet.

It can also receive over-the-air software updates, a feature that will be activated later this year. Battery warranty is eight years/100,000 miles. 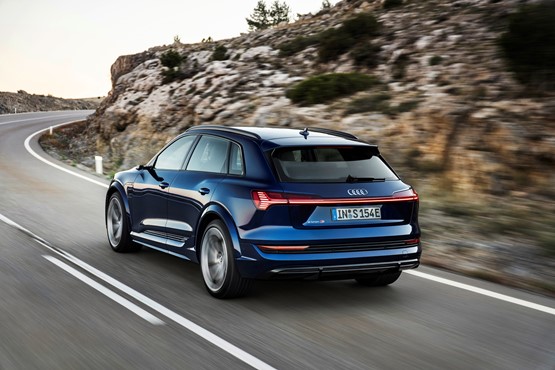 The SUV range is 221 miles, the Sportback is 223. Note that 30% comes via the recuperation system which harvests energy from coasting and braking. This is available at three levels of recovery – the highest enables the car to be driven largely using one pedal.

As with all Audi electric vehicles, e-tron S company car drivers are offered a free Pod Point home charger. However, Audi’s research shows that for the e-tron, fewer than 40% of drivers had one installed prior to delivery. Better communication, by both Audi and leasing companies, and a simplified ordering process should see greater uptake for the e-tron S. 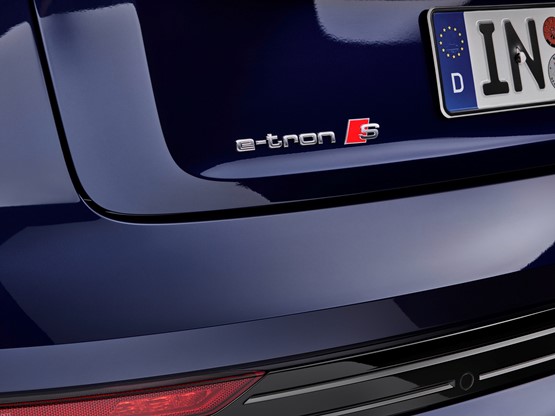 Drivers also benefit from the e-tron Charging Service with a one-year free subscription providing access to a charging network of 18 providers with 8,700 stations, plus £150 of fuel charge. From year two, the monthly tariff is £16.95.

There are several worthy rivals notably the Mercedes-Benz EQC and Jaguar iPace – both substantially cheaper on P11D and running costs, but far less powerful – and the similarly priced, but longer range Tesla Model X as well as plug-in hybrid options such as the Range Rover Sport PHEV and Volvo XC90 T8.

However, the e-tron S is an impressive option for high level executives keen to show their green credentials but without compromising the driving enjoyment offered by a powerful premium car.