"The new Koleos is a stylish, driveable car with impressive levels of standard specification. It makes a compelling case and, by completing the Renault SUV line-up, should put the brand onto more fleet choice lists." 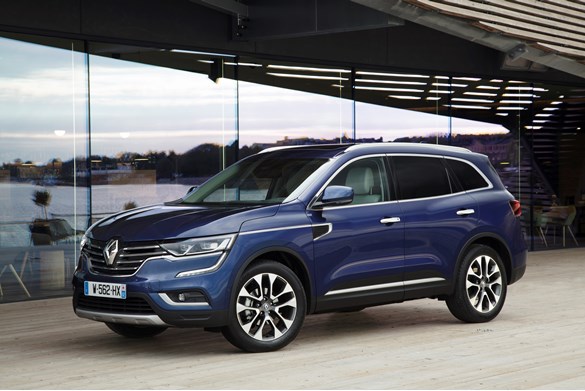 Renault has dispensed with the mind-boggling complexity commonplace in the SUV sector and opted for simplicity in the Koleos model line-up, combined with exceptional levels of standard equipment.

Fleets can choose from just two trim levels (Dynamique S Nav and Signature Nav) and two engines (130hp 1.6-litre dCi and 177hp 2.0-litre dCi). With diesel accounting for 85% of the SUV sector in the UK, Renault has no plans to offer petrol – it is available in other markets – although “if we see the trend is changing, we will look at introducing additional engines”, said Valerie Mispolet, Koleos brand manager Europe.

The Koleos is available to order now with first deliveries in July. It enters a highly competitive field, going head-to-head with established models such as the Volvo XC60, BMW X3 and Ford Kuga, and newcomers like the Skoda Kodiaq, Peugeot 5008 and Land Rover Discovery Sport. It sits above the Captur and Kadjar in Renault’s crossover range.

Based on the Nissan Qashqai/X-Trail platform, the Koleos sits mid-market in terms of efficiency with the 1.6-litre diesel – available in front-wheel drive only – achieving paper figures of 128g/km CO2 and 57.6mpg. The four-wheel drive 2.0-litre diesel returns 148g/km and 50.4mpg as six-speed manual; 156g/km and 47.9mpg in Auto X-Tronic.

More efficient SUVs are available, such as the 2.0-litre XC60 at 117g/km and 1.5-litre Kuga at 122g/km, but the Koleos’s competitive entry price will part-offset the higher benefit-in-kind percentage.

Befitting for a large SUV, the Koleos has huge boot capacity of 579 litres (1,795 with rear seats folded), plus an additional 35 litres storage elsewhere including an 11-litre glovebox and seven-litre cubby hole in the centre console.

However, it is available with five seats only, unlike the seven-seat options of several key rivals. The reason? Design and comfort, according to Renault executives, who also point to the fact that five seat large SUVs account for 65% of the market in the UK.

“We appreciate comfort more than the need for occasional use of seven seats,” said UK managing director Vincent Tourette. “If they want seven seats, we have the Scenic.”

Mispolet added: “We worked to get outstanding proportions for an elegant car. For seven seats, we would have to raise the roof and have a more vertical tailgate.”

Consequently, Renault confidently claims “record room” for occupants with ample head, shoulder and knee room (aided by the inward curving back of the front seats) for rear passengers, plus comfortable armchair aping seats in the front.

Neat touches include a front cup holder than can be chilled or heated, optional heated rear seats and the portrait layout for the 8.7-inch tablet touchscreen (landscape for the seven-inch in the Dynamique S). From a safety point of view, we also liked the speed camera alert which urges you to “reduce your speed” if you are exceeding the limit, supported by a pulsating speed limit symbol near the speedometer. 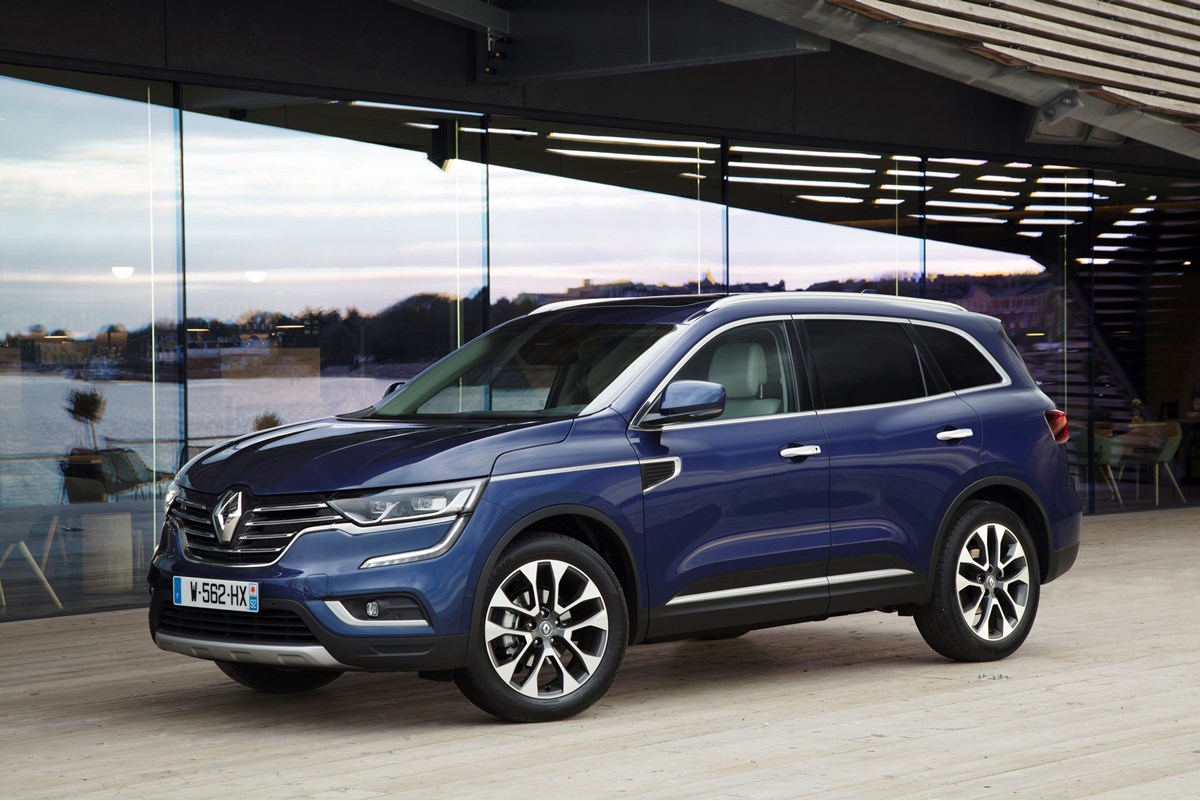 Driving impressions are favourable. The Koleos has light, direct steering and a smooth ride, which absorbed some tasty ruts on our test route. The 177hp engine is the pick thanks to its rapid power delivery, although the 130hp is a decent engine offering ample power for most people (it will be the fleet pick due to the fuel/emissions advantage).

The seats are outstanding with excellent lumbar support ensuring no hint of a backache after almost three hours of solid driving.

The Koleos also displayed its capabilities off-road, dispatching severe alternating undulations, rough terrain, water (up to 21 inches), steep inclines and rocks with total ease. Fleets with such needs can add this car with compete confidence, although user-choosers are the likely customer base. It can even tow up to two tonnes with the optional electric-operated towbar.

Volume expectations are low – Renault is leaving the mass market to the Nissan Qashqai and says the car “will support the brand” – which has helped to push residual values among the sector leaders.

The new Koleos is a stylish, driveable car with impressive levels of standard specification. It makes a compelling case and, by completing the Renault SUV line-up, should put the brand onto more fleet choice lists.