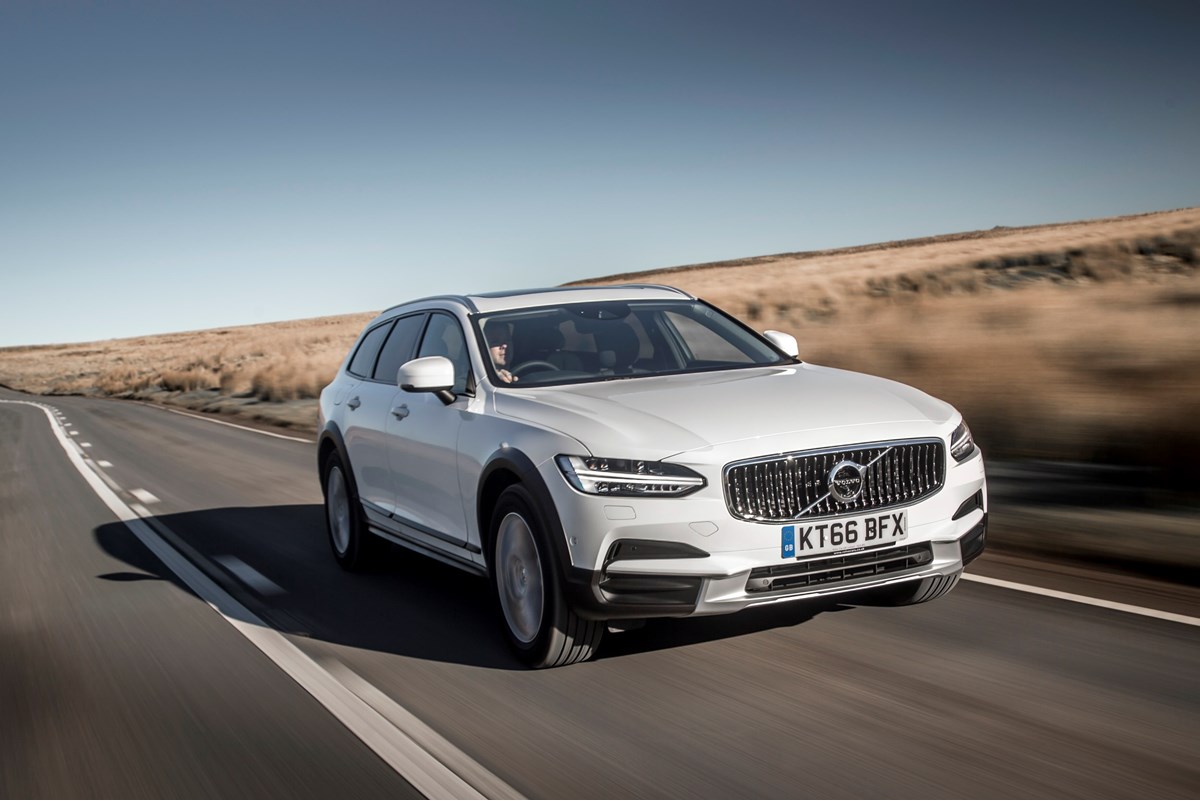 The new V90 offers a different approach to the 'crossover' concept with reasonable emissions and mpg for a four-wheel-drive.

Crossovers are big business for car manufacturers at the moment. The mud-plugging SUVs have rapidly morphed into soft-roaders. Many feature two-wheel-drive, low rolling resistance tyres and would class ‘off-road’ as entering a multi-storey car park.

The Volvo V90 Cross Country offers a different approach to the ‘crossover’ concept. Instead of looking like an SUV it has been designed to work like one.

Volvo has raised the suspension height by 65mm over the standard V90 and reprogrammed its all-wheel-drive system, which is fitted as standard to this model, adding an extra off-road drive mode. There is also underbody protection and specially adapted tyres.

Power comes courtesy of a 2.0-litre diesel engine, which is available in two guises. The 190PS D4 is the most efficient with CO2 emissions of 138g/km. A more powerful D5 unit develops 235PS yet emits just 1g/km of CO2 more – putting both in the 27% benefit-in-kind (BIK) tax banding.

Fuel economy is similar, too, with the D5 reportedly achieving 53.3mpg, just 1mpg less than the D4.

On the road both units offer up adequate power, which is delivered effortlessly through an eight-speed automatic transmission. The engine is well hushed at cruising speeds but does make itself known when reaching the higher end of the rev-counter.

The D5 has one key advantage: Powerpulse. It’s a small tank of compressed air that is fed into the turbo at low revs to eliminate lag – it means there is no delay between pressing the pedal and accelerating away – ideal for safer manoeuvres at roundabouts and T-junctions.

Despite riding higher than normal the car feels well-planted on the road, but it isn’t too stiff. It soaks up the bumps well and still feels like a car to drive. The ride quality is more impressive when off the beaten track. Close your eyes and the Cross Country can turn a rutted path into fresh tarmac.

Inside, the V90 exudes Scandinavian luxury. There are no nasty plastics or harsh lines here; everything is classy, logical and well-made.

The Sensus touchscreen system controls almost all the functions of the car but will take a while to get to grips with – it’s like trying to use an iPad while driving.

Farmers, vets and those who want the off-road prowess of a Land Rover without the stigma attached to driving a big 4x4 are expected to be key customers for the V90 Cross Country. It should be a strong contender for any user-chooser considering an Audi A6 Allroad or Mercedes-Benz E Class All-Terrain as its running costs are significantly lower.