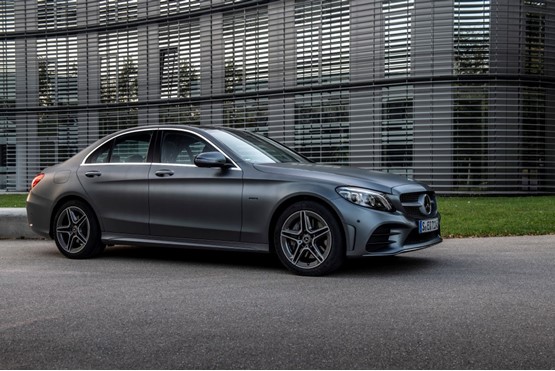 Mercedes-Benz is the only manufacturer currently investing in diesel plug-in hybrid, offering its de powertrain in the C, E and GLE.

The 2.0-litre diesel engine, also found in the C 220 d, is mated to an electric motor inside the nine-speed automatic transmission.

A 13.5kWh battery pack lives in the boot, providing a range of up to 32 miles.

While diesel isn’t exactly everyone’s favourite fuel at the moment, it makes the C 300 de a plug-in hybrid that is usable for high-mileage drivers. 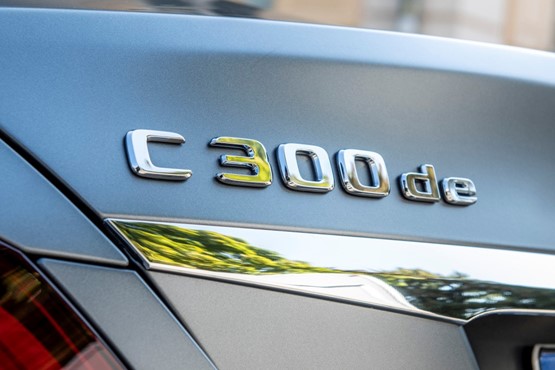 We thought it made a lot of sense in the E 300 de that we ran on long-term test, averaging more than 60mpg over a six-month period.

In the lighter, smaller C-Class, the powertrain promises even better efficiency and performance.

It means the C 300 de is able to dispatch some serious mid-range grunt, which should put a smile on the face of anyone behind the wheel.

Bigger smiles will come from the benefit-in-kind tax bill. With CO2 emissions from 38g/km, a driver could pay as little as £114 per month.

Fleet managers should be equally pleased. Official fuel consumption is rated at some 200mpg, but even in real-world use the car should be able to manage 60-80mpg and cover at least 25 miles on a charge.

During the week we spent with the car, we managed 61.4mpg over 600 miles – with more than a third on electric. Even with a depleted battery, it managed more than 50mpg on a trip from Coventry to Peterborough. 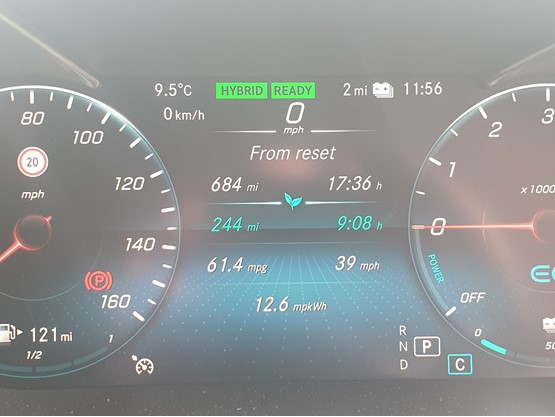 The C 300 de costs from £43,000 – making it around £3,750 more than the equivalent BMW 330e. Running costs, on paper, favour the BMW at 48 pence per mile (ppm) versus 52ppm, but we’re confident the real-world fuel savings would balance the books for those who regularly exceed the electric-only range.

Boot space suffers as a result of the C-Class’ platform not being geared-up for electrification. Both the saloon and estate feature a sizeable lump in the cargo area, losing around 150 litres of space.

There is also a weight penalty to the tune of 300kg, when compared with a C 220d. While the engine’s massive torque is enough to shrug this off when accelerating, stand on the brakes and you’ll soon feel it.

Plug-in hybrids are rapidly gaining traction as company car drivers look for tax-friendly alternatives to the models they know and love. The C 300 de not only ticks all the boxes to keep a driver happy, but will also keep fuel costs in check for a business.

Volvo S60 T8 long-term test | practicality has not been overlooked