"The EQB is well-mannered on the motorway, with a little wind noise audible due to its boxy stature." 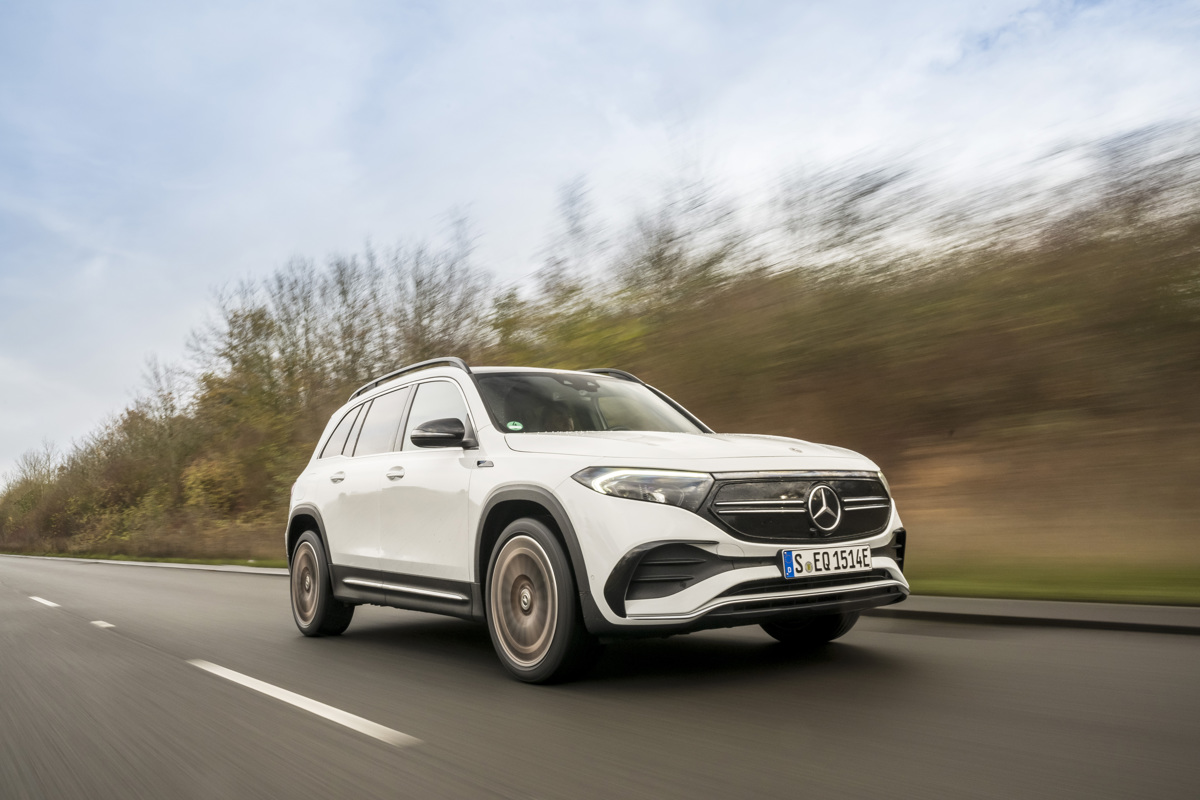 There are not many options for drivers who want a seven-seat electric car right now, but Mercedes-Benz might just have the answer with its new EQB.

Due to arrive in the UK this month, it joins the brand’s growing range of EQ electric models that are all based on existing Mercedes platforms. The EQB, then, is an electric version of the GLB SUV.

Like its stablemates, the EQB has minimal visual changes compared with its GLB counterpart. There’s a gloss black panel in place of the front grille and full width light bars at the front and rear, to help set it apart from a regular petrol or diesel Mercedes.

The changes remove some of the ruggedness on the outside, but the GLB’s premium interior remains intact. The dashboard is classy, with a mixture of gloss black and matte silver trims. It feels upmarket and offers plenty of space.

With seven seats, there’s not a great deal of boot space. But folding the rearmost chairs into the floor opens up a reasonable 465 litres. Legroom in the third row is limited, so only kids will be comfortable there, but it does have Isofix points to secure baby seats. 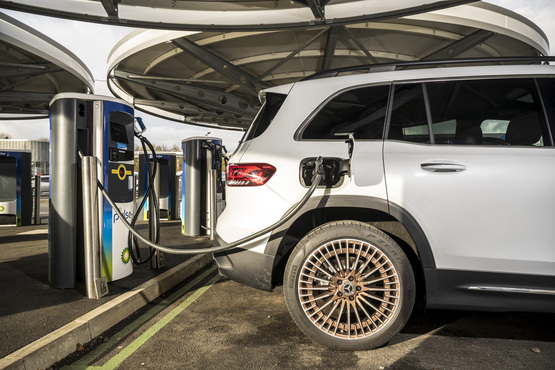 Drivers are presented with a best and worst case range figure in the instrument cluster display, which helps to demonstrate how driving style and use of features such as the heating can sap battery power.

During our test, which covered a mix of A-roads, motorways and some local roads, we managed to consume power at a rate of 3.0mi/kWh – suggesting a realistic range of 200 miles should be easily achieved by most.

The EQB’s dual-motor powertrain provides suitable traction for ample acceleration, with our 350 test car achieving 0-62mph in just 6.0 seconds. It’s a tad excessive for a family SUV and we expect the 300 will suit the majority of fleet customers just fine. It’s no slouch either, reaching the same benchmark in 7.7 seconds.

Mercedes says the line-up will be expanded with front-wheel drive and long-range variants. We’ve only driven a German-spec EQB, equipped with an adaptive suspension system that won’t be offered in the UK, so we can’t give a definitive view on the ride quality. We suspect the set-up will favour comfort over handling, however, in keeping with the other EQ models we’ve tested.

What we can say is that the EQB is well-mannered on the motorway, with a little wind noise audible due to its boxy stature. It also feels relatively nimble and compact around town for a car that can seat seven.

The EQB is an impressive package, offering decent performance and a premium feel, combined with the space and practicality of a mid-size SUV.