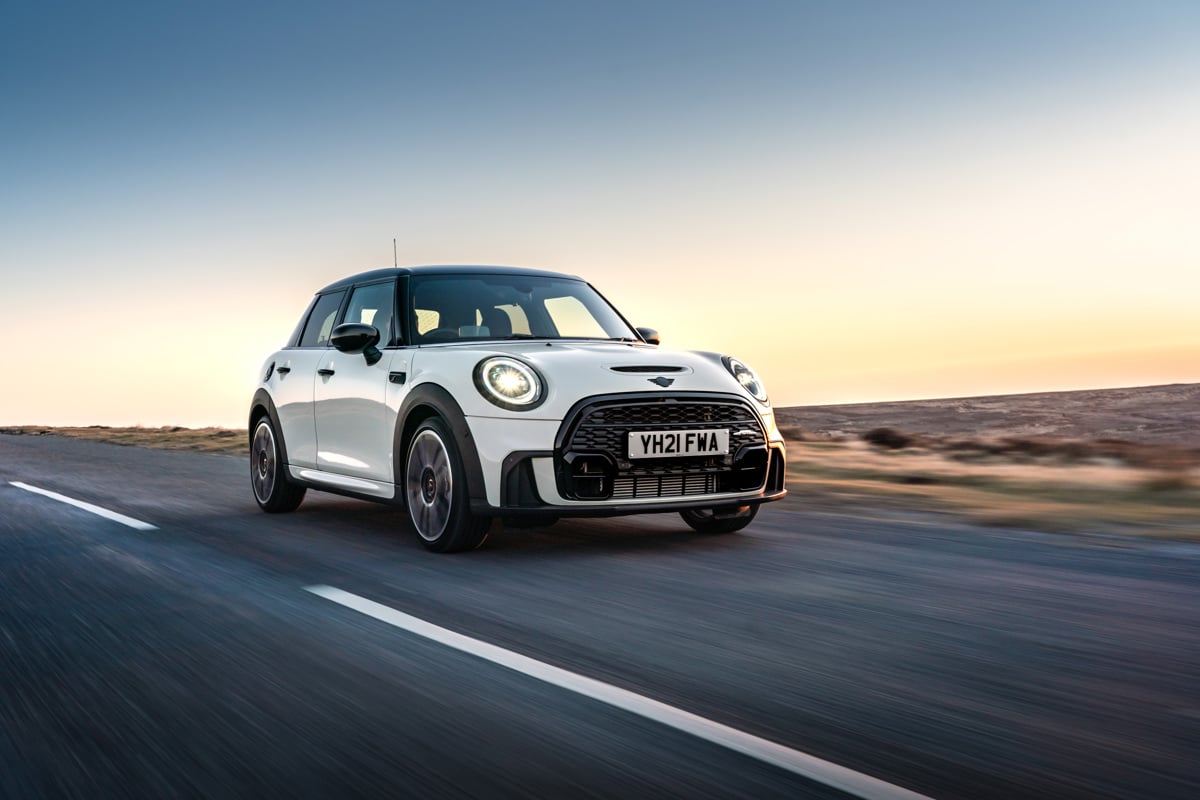 We’re due an all-new Mini as previous generations have been replaced every six years but, following the introduction of the electric version last year, this latest model is actually just another facelift of the Mini that debuted in 2013.

Its arrival coincides with Mini’s 20th anniversary of making the ‘new’ Mini in Oxford – that is, the one co-developed with BMW – and follows its announcement that all newly launched Minis will be electric after 2025.

This isn’t the final swansong for a Mini with petrol engine though. The brand has already confirmed that the next-generation car, due in 2025, will be the last to feature combustion engines.

Given that this is only a facelift, the latest Mini hatch has been given little more than a few cosmetic tweaks, most notably a new front bumper and grille arrangement. There are also a number of changes on the inside that improve comfort and usability, including a digital instrument cluster.

More technology from within the BMW Group has also filtered its way down into the new Mini Hatch, with features such as lane departure warning and a stop-and-go function for the adaptive cruise control offered for the first time.

The engine line-up remains unchanged. There’s the Mini One, with a three-cylinder 1.5-litre petrol engine, serving up 102PS at the entry-level. The Cooper boosts power to 136PS and feels surprisingly potent in comparison, especially when paired with a manual gearbox.

The Cooper S uses a 2.0-litre engine with 178PS, which remains frugal with CO2 emissions from 123g/km.

An eight-speed automatic is offered across the range and, while it delivers lower emissions, it can be frustratingly sluggish at times and doesn’t suit the rest of the car’s on-edge nature.

Whichever engine is fitted, the Mini remains highly engaging. Its razor-sharp steering, weighty controls and rifle-action gearchange deliver a driving experience like no other.

The Mini’s driveability is boosted by the introduction of new adaptive dampers, which enable the car to reduce roll and improve stiffness during cornering without impacting on ride quality. At higher speeds the car remains well composed, making longer motorway trips possible. The sensitive steering can take a little bit of getting used to,
however.

Of course, we can’t forget the Mini Electric and you can read our review of it here.

The model line-up continues to be offered in three- and five-door configuration, plus convertible, with the exception of the Mini Electric, which is only available as a three-door.

Prices start at £16,370, which is cheaper than an Audi A1 or Volkswagen Polo, while a mid-spec five-door Cooper costs £19,500. Running costs of less than 30 pence per mile make it comfortably more cost-effective than similar models.

At its core, the Mini’s key attributes of being affordable, desirable and fun to drive remain intact. In no way does it feel like an ageing model.