"On a motorway, the Polo is sturdy and quiet. Close your eyes (as a passenger) and you’d be forgiven for thinking you were riding in a Passat." 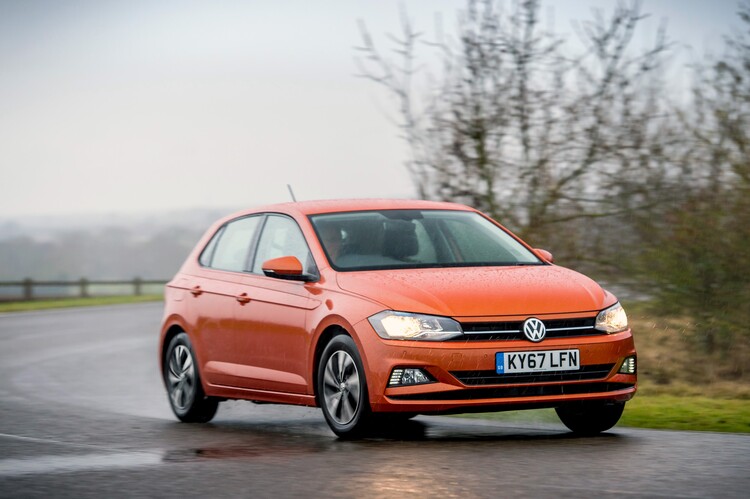 Volkswagen’s new Polo impressed us when we drove it in Europe last year for the first time. Now, on UK roads and with pricing information available, the new model presents itself as an attractive fleet vehicle.

With 95PS, the engine feels spirited but outright performance is understandably lacklustre. The five-speed gearbox has long ratios meaning the engine takes a while to rev up, something you need to do to get it moving on a slip road.

On a motorway, the Polo is sturdy and quiet. Close your eyes (as a passenger) and you’d be forgiven for thinking you were riding in a Passat.

There is plenty of space front and rear, the boot is on par for the segment too.

Equipment levels are high, although sat-nav is a £650 option on the SE. Smartphone connectivity is included, giving access to Google Maps through the standard eight-inch colour touchscreen.

One of the Polo’s biggest rivals is its VW Group stablemate, the Seat Ibiza.

Having driven the two back-to-back, the Ibiza is a more appealing car from a driver’s perspective.

Both share a platform but the Seat is sharper to look at, has a more funky interior and more dynamic drive.

Our test Polo was finished in metallic orange, which went some way to help it stand out. In a more humdrum colour the Polo looks drab in comparison to the Ibiza.

The no-nonsense Polo feels softer and more refined than the Ibiza, making it more suited to drivers covering more miles.

Residual values for the VW are stronger, helping it achieve the best running costs in our comparison and therefore placing it as a better fleet choice.

Clearly there is a divide between the two; younger drivers will find the Ibiza more appealing while older drivers are more likely to plump for a Polo. Either way VW Group wins.

Or does it. Since the Polo was launched we have also welcomed a new Ford Fiesta, Britain’s best-selling car.

The new Fiesta, like the Polo, is also more grown up - with a host of safety tech fitted as standard. It also drives very well, like an Ibiza. Lower emissions and bottom line running costs in line with the Polo make it another credible rival.