"The sheer size of the Highlander gives it road presence, with its large wheels and grille enhancing the visual package." 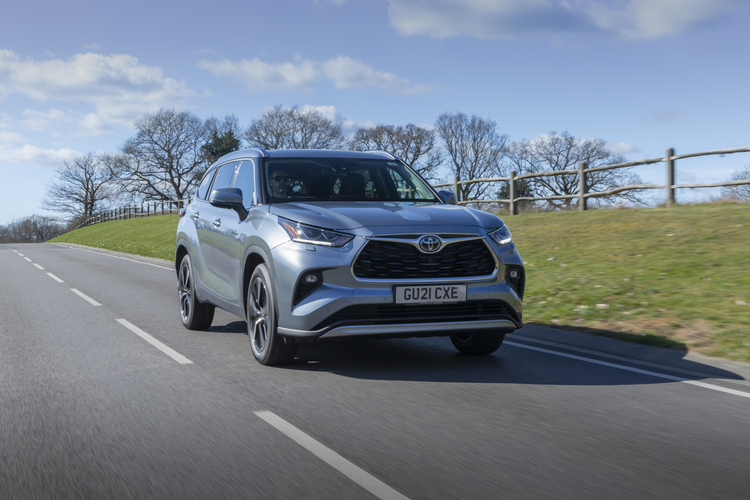 It seems like there is a never-ending slew of new cars coming from Toyota at the moment and the Highlander is perhaps the most surprising addition.

The large seven-seat SUV is offered in the UK for the first time, having been available in the USA and other markets for a number of years. It sits alongside premium models including the Land Rover Discovery and BMW X5, as well as the Kia Sorento and Hyundai Santa Fe.

At £50,000, it’s one of the brand’s most expensive cars, but, when compared with its premium-badged rivals, it is considerably more affordable. It shares a platform with the Camry and utilises the same 2.5-litre petrol hybrid engine, serving up 241PS.

The sheer size of the Highlander gives it road presence, with its large wheels and grille enhancing the visual package. However, on the road the car feels less intimidating to drive and is easy to manoeuvre. With a roof height more closely aligned to SUVs in the category below, the Highlander lacks the full ‘Lord of the Manor’ driving position you get in a Discovery.

Interior space is plentiful and well suited to family life. There’s multiple large storage compartments around the driver and the boot offers space from 298 litres to 1,900 litres dependent on how you configure the seats.

The third row, like all SUVs, is limited in space when compared with the front and middle seats, but should be adequate for a couple of kids.

Only two versions are offered, the Excel and the Excel Premium. A high level of standard equipment helps to justify the car’s list price. All models are kitted-out with the Toyota Safety Sense package, which includes adaptive cruise control and lane-keeping. Excel models also have leather upholstery, heated front seats, three-zone climate control, a panoramic sunroof and a JBL sound system.

Toyota’s hybrid powertrain is smooth and responsive, making light work of town and motorway driving. We were impressed by its fuel economy too, which averaged almost 40mpg.

From a tax perspective, CO2 emissions of 160g/km mean that it sits in the 36% benefit-in-kind tax bracket, making it a less attractive proposition for drivers than some of the new plug-in hybrid models on offer.

More efficient hybrids are offered on both the Kia Sorento and Hyundai Santa Fe for considerably less than the Toyota and therein lies the problem. The Highlander sits in a sort of limbo between more dynamically capable and luxurious models such as the BMW X5 and cheaper, no less capable vehicles from mainstream brands.

The Highlander is beautifully built, packed with technology and has an impressive engine, but it’s a niche product that offers fleets little more than other, cheaper cars do.