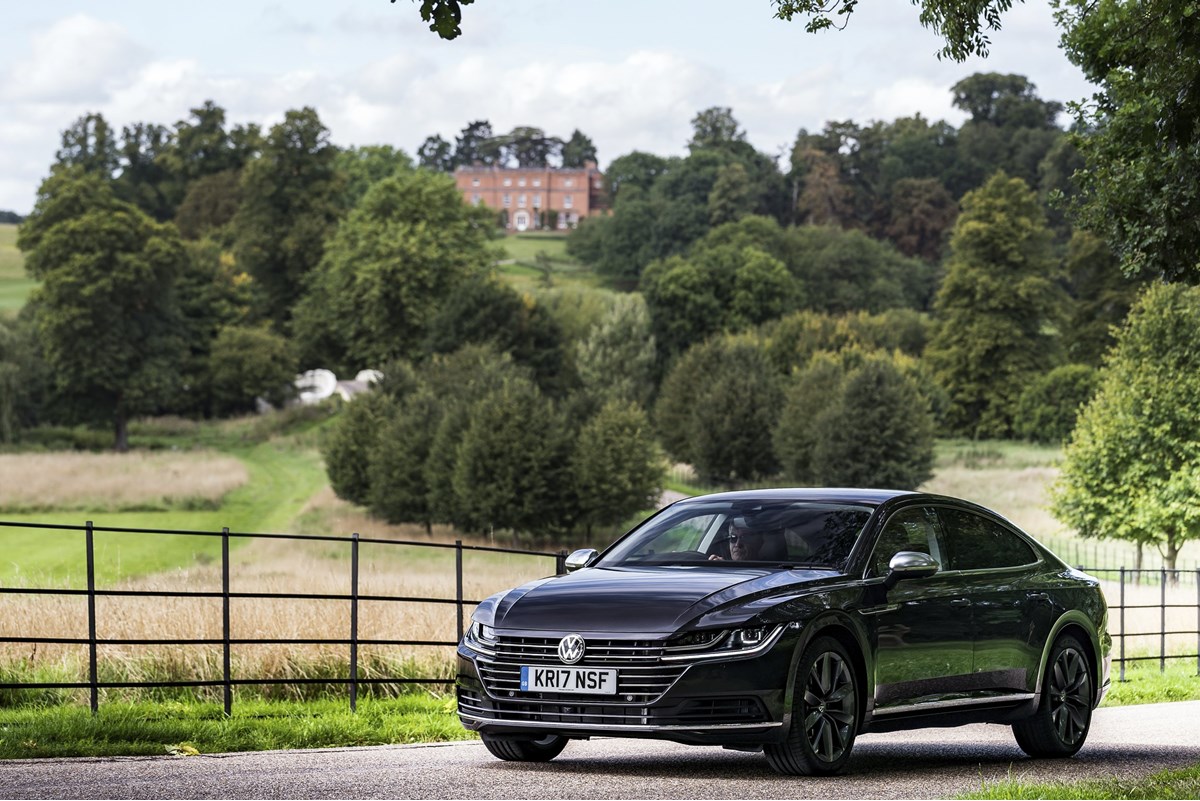 When we first tested the Volkswagen Arteon in Germany last year we were won over by its striking looks, yet disappointed by its lack of a fleet-friendly engine choice.

Fortunately, as the car is introduced in the UK, Volkswagen has decided the 150PS 2.0 TDI engine will be included in the line-up, making the £33,255 Arteon a far more attractive fleet choice.

In Elegance trim and with a manual gearbox, the Arteon emits 112g/km of CO2 and promises average fuel consumption of 65.7mpg.

We applaud Volkswagen's modest fuel economy claims because during our test we achieved an indicated 67.3 mpg during an 85-mile journey and found the trip computer rarely read below 60mpg during the week we had the car.

It was not the first time the group’s 2.0 TDI engine has surpassed our fuel consumption expectations, as we managed a similar feat in our long-term Škoda Superb – which used the same engine.

Added to the impressive economy is the Arteon’s comfortable ride. The Elegance model has softer suspension than the more sporty R-Line, which we tested before, but still delivers an engaging drive.

It covers motorway journeys quickly, quietly and efficiently which makes it ideal for the high-mileage driver.

While the 150PS unit lacks the outright pace of the bi-turbo 240PS version we tested previously, it still performs well and can accelerate from 0-60mph in a respectable 9.1 seconds.

Our test car was fitted with a seven-speed DSG gearbox, costing £1,400. It is a great transmission and makes the most of the engine’s power for a modest increase in emissions, from 112g/km to 116g/km.

In place of traditional dials is Volkswagen’s digital Active Info Display which offers a range of customisable options plus a full colour sat-nav map.

There is plenty of space up front and more rear legroom and boot volume than both its key rivals – the BMW 4 Series Gran Coupe and Audi A5 Sportback.

The only sacrifice is rear headroom, which is reduced in order to provide the coupe-like sweeping roofline. However, the added practicality of a hatchback makes the Arteon a more practical package than the CC it replaces.

In our running costs comparison, the Arteon does not quite top the charts although it is worth considering the additional equipment it comes with as standard – some of which are costly options on the BMW and Audi.