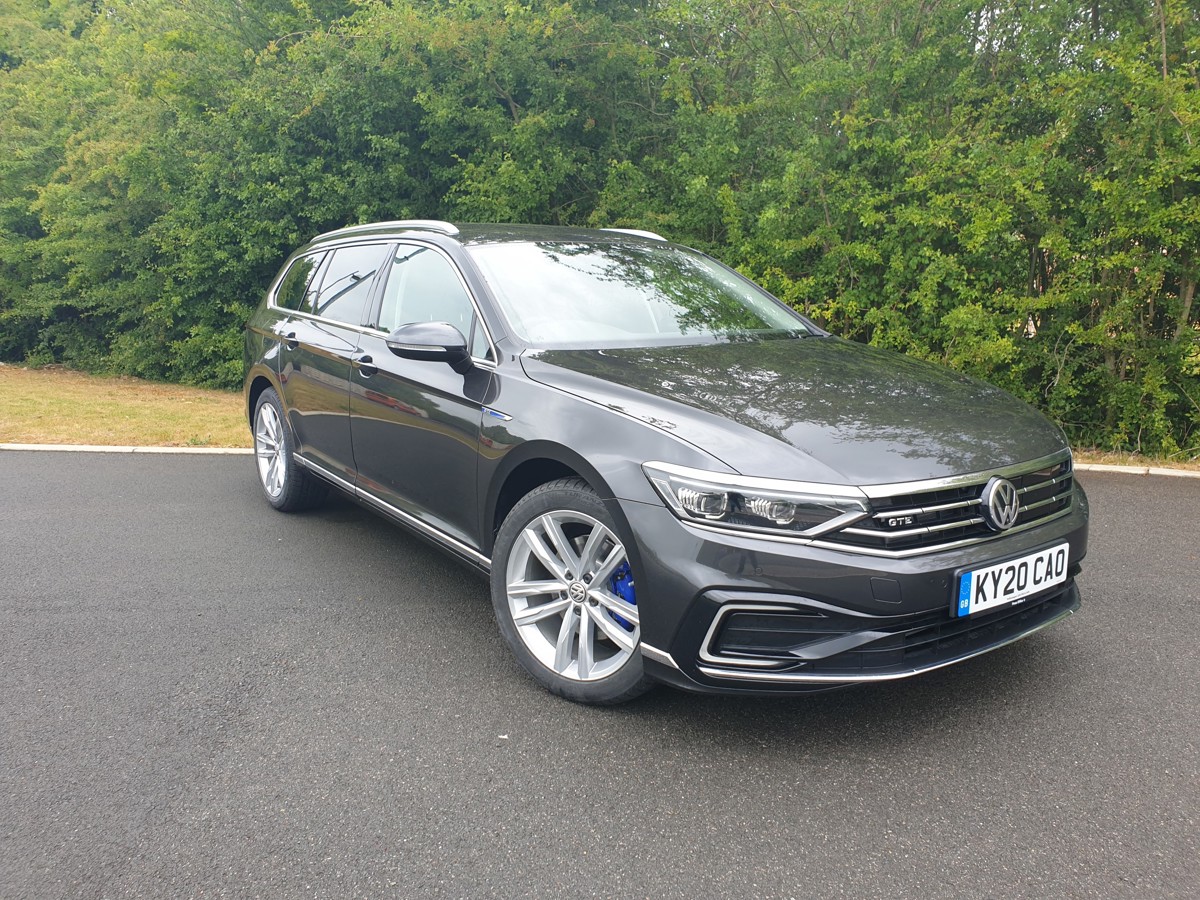 It’s not just about tax, however. The Passat may not be built for thrills and spills, but there is a degree of satisfaction when it comes to driving the car, particularly on those long-distance drives. 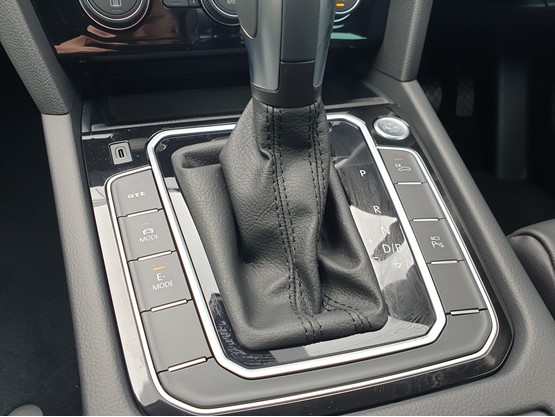 With 218PS, the GTE provides punchy performance. Pressing the 'GTE' button on the dash ensures drivers get the most engaing experience, with maximum power, stiffer suspension and heavier steering. Switch back to comfort mode and the Passat returns to its relaxing state.

There is a claimed electric-only range of 33 miles (WLTP) but we found 25 pure electric miles to be more realistic. Our long term average fuel consumption of almost 50mpg proves the Passat GTE can be as efficient as a diesel model, even when the electric range is not utililised all the time.

One-in-four Volkswagen Passats sold in the UK are predicted to be GTE variants and, after being put through its paces on the Fleet News fleet, this PHEV will definitely appeal to those high mileage drivers looking for a low-CO2 option.

There are probably more worthwhile things to obsess about, but the Passat’s ‘IQ Light’ LED matrix headlights really are a clever bit of kit.

A £1,416 option, but standard on our GTE Advance long-term test car, the Passat is the second model after the current Touareg to be offered with the new technology.

The system’s interactive light control makes night driving more comfortable and safer, thanks to the headlights using a matrix made of light dots that can be activated individually.

The outer module is the interactive LED matrix headlight, known as a pixel module. Its light is generated via a total of 32 individually controllable LEDs on a printed circuit, which form the LED matrix. 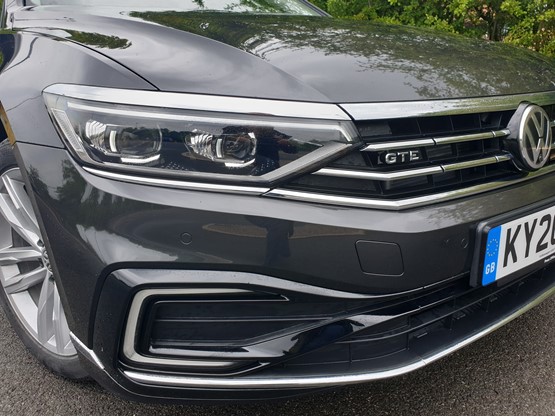 Interactive light functions, meanwhile, are activated via a total of 44 LEDs in both systems.

The responsible control unit uses signals from the front camera, the digital map data of the navigation system, GPS signals, the steering angle as well as the vehicle’s current speed to precisely activate individual LEDs for optimum light in fractions of a second.

With myriad data feeds, the system intuitively illuminates the road ahead, making night driving a much more serene experience.

It really is very clever, illuminating the space around an oncoming vehicle, while dimming the light in the space it occupies. While some systems will have you scrambling to intervene after failing to identify a car driving towards you, Volkswagen’s IQ Light technology gives you complete confidence.

How do running costs compare to rivals?

Running costs, based on a four-year/80,000-mile replacement cycle, show the Passat compares well with the BMW and Volvo on a pence per mile (ppm) basis. When depreciation (38.96ppm), service, maintenance and repair (4.33ppm) and fuel costs (8.24ppm) are taken into account, overall running costs come in at 51.53ppm.

Is PHEV cheaper to run than a diesel?

On paper, the Volkswagen Passat estate plug-in hybrid electric vehicle (PHEV) looks like a no-brainer, with fuel economy of 180.8mpg, CO2 emissions of 33g/km and a pure electric driving range of 33 miles WLTP.

Our long-term test car, however, is delivering a range of 25 pure electric miles on a full battery charge, while full driving range on electric and petrol is 450-plus miles.

A 167-mile roundtrip to mid-Wales, for example, using the 1.4-litre petrol engine and a full battery returned 54.5mpg. The return journey on zero battery charge, saw that fall to 39.7mpg.

Using a 3.6 kW wall charger it will take three-and-a-half hours to fully charge, but a three-pin 3kW plug made it five hours at a cost of around £2.15, equating to 7.7 pence per mile (ppm).

Fuel for a typical petrol or diesel car costs around 12p per mile – so the cost for driving the same distance would be around £3.40, giving you a £1.25 saving. 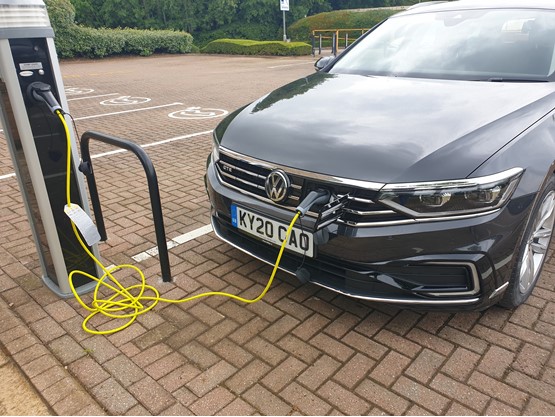 Class 1 NICs for the employer are also a lot less – £571 for the PHEV compared with £1,417 for the diesel. But, while first year road tax is avoided altogether for the PHEV, there is a subsequent annual charge of £465.

That compares with £215 first year road tax for the diesel and £150 thereafter.

The high P11D value (£41,395) of the PHEV means employers will also have to dig a little deeper in terms of overall running costs when operating on a 48 months/80,000 miles cycle.

The PHEV wins on fuel costs but loses out on depreciation, costing 38.62ppm compared with 30.36ppm for the diesel.

The Volkswagen Passat estate manages to maintain a premium feel while delivering a level of practicality that will appeal to many a company car driver.

Compared with the outgoing model, the roofline is a bit lower, but headroom has not been compromised and, despite being shorter, there is more room inside.

In fact, there is bags of legroom in the rear, while the boot has grown to offer an impressive 650 litres – 47 litres more than its predecessor. The Mondeo estate offers a meagre 560 litres in comparison.

A wide opening, which comes with the optional electric tailgate on our GTE Advance 1.4 TSI PHEV test car, is matched with a flat boot floor, making visits to the DIY store less of a back-breaking experience.

There is also a useful storage space under the boot floor that is ideal for storing the hybrid's charging cables. 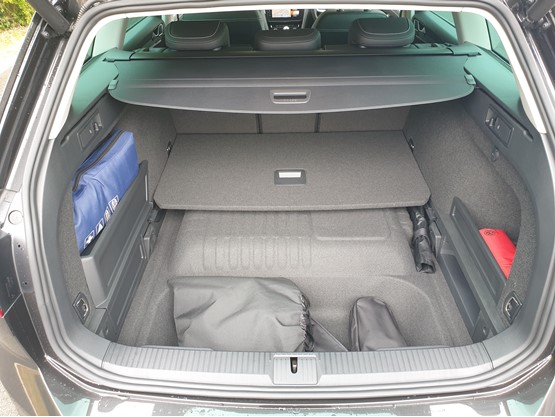 Fold the rear seats down and you’ll get a cavernous 1,780 litres, more spacious than some London bedsits!

It is also easy to park, with front and rear sensors as standard, and good sightlines when negotiating a tight spot. Our test car comes with the area view and rear-view camera, an £800 optional extra, making it easier still.

The infotainment system features digital radio and Bluetooth as standard and all cars come with a wireless App Connect system to sync your smartphone with Apple CarPlay, Android Auto or Mirrorlink via Bluetooth.

Power for the Volkswagen Passat GTE comes from a 13kWh battery and electric motor paired with a 1.4-litre TSI petrol engine.

Starting the Passat up, the plug-in hybrid system defaults to fully electric mode – equating to some 30 miles in our test car when fully charged. A button near the gear lever activates a hybrid setting, where the GTE automatically makes use of both power sources to optimise its zero-emission range and cut fuel consumption. Drivers can also choose to retain charge for later use.

There is even some computer wizardry in the sat-nav system which, when plotting a journey, will decide when to use a particular power source.

Driving our test car, the transition between power sources is so smooth it is actually very hard to spot.

The petrol engine provides 156PS but, combined with electric power, that increases to 218PS, offering some punchy performance and just 7.6 seconds to get from 0-62mph in the estate and 7.4 seconds in the saloon.

The battery is located under the rear bench seat, while the electric motor is integrated with the six-speed DSG gearbox.

Despite that battery weight, the Passat GTE handles well on the road, but is perhaps better suited to munching the miles on the motorway, rather than negotiating country roads. 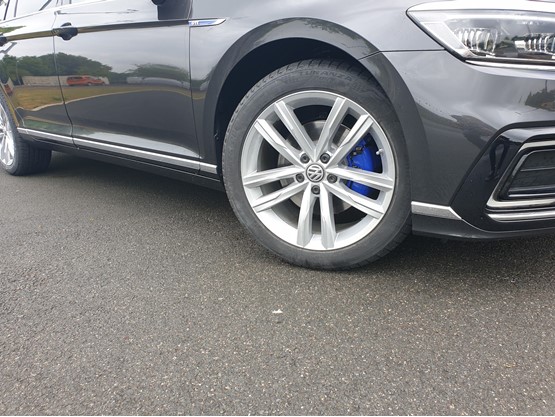 The GTE’s 18-inch alloys make the ride a little firm but opting for Dynamic Chassis Control allows you to choose different settings, adjusting the suspension’s firmness between Comfort, Normal and Sport modes.

Comfort gives a more relaxed feel, while Sport stiffens the suspension and adds extra weight to the steering, which is needed. There are also some fake engine sounds pumped into the cabin to add a degree of excitement.

But the Passat estate isn’t about thrills and spills. It’s about refined, relaxed driving which the GTE delivers, making it an attractive proposition for high-mileage company car drivers.

One-in-four Volkswagen Passats sold in the UK are predicted to be GTE variants and, after just a few weeks of driving the GTE Advance estate, I’m beginning to understand why.

There are eight variants of the new Passat available in the UK: SE, SE Nav, SEL, R-Line and limited-run, Estate-only R-Line Edition, GTE and GTE Advance.

Attracting a 10% benefit-in-kind (BIK) tax rate this financial year, it means a 20% taxpayer would pay £69 per month in company car tax. 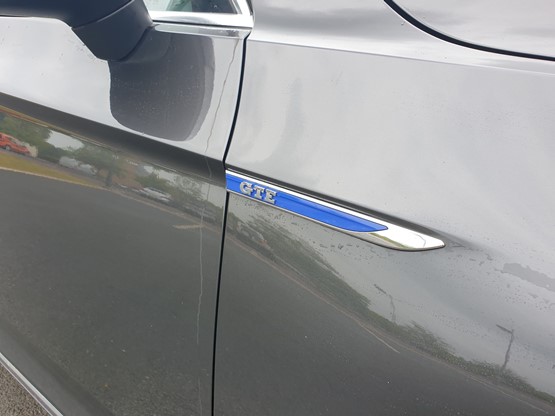 The first thing to note, which helps it into that 10% company car tax bracket, is the electric-only range on the new GTE is an almost 40% improvement on the outgoing model. It would certainly be enough for most commutes – whenever they might return.

Unsurprisingly, the secret for getting the best fuel economy out of the GTE is ensuring it is regularly charged. With no home charge point available, I used a household socket and it took approximately five hours to fully charge the 13kWh battery – an upgrade on the 9.9kWh battery featured on the old model. Use a wallbox and the charge time should reduce to around three-and-a-half hours.

During the course of our test, I intend to compare both the fuel economy of a regularly charged car, run in electric mode where possible, and a more irregular charging pattern to see how it varies.