Fleet operators are having to balance new data regulation demands with existing safety and duty of care obligations.

In little more than three weeks’ time (May 25) the general data protection regulation (GDPR) takes effect with a hefty fine of up to €20 million (£17.3m) or 4% of total global turnover for the previous year (whichever is the highest) for a data breach.

Fleet News Awards finalists discussed the challenges of managing data at a recent round table, sponsored by Škoda, as well as the steps they are taking to develop a safer driving culture.

Fleet News (FN): How are you preparing for GDPR?

Julie Madoui, head of fleet and transport, Skanska: We’re going through a complete review and looking at our policies, our drivers’ manuals.

I’ve already had questions asked about the fact that we record how many accidents a driver has had and how many fines they’ve had and then you’re relaying that information to the health and safety team.

Do you need to go back to every commercial vehicle driver and tell them that we’re recording this? We’ve told them that telematics is fitted, but do we need to tell them every element of it that we’re using that could come up in a discussion? It’s quite in-depth.

Martin Gay, contract hire and leasing manager – north, Škoda: It’s an interesting subject. I don’t think a lot of organisations have really got to grips with the governance that is required around it.

I think leasing companies are recognising there has got to be an awful lot of change from their perspective so I think, without a shadow of a doubt, it’s worth taking a step back and reviewing your policies.

Julie Madou (below): When you’re dealing with a really long supply chain, for example your leasing company, you would have got your data protection back-to-back but then they go off and they use this supplier, this supplier, this supplier and how much of that is backed off adequately all the way through? So I agree with you, it’s a much bigger subject than perhaps we think it is. 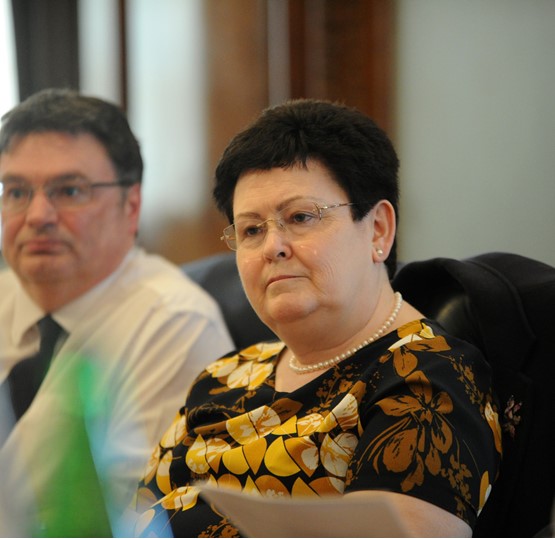 FN: How do you manage data from telematics?

Julie Madoui: We use dashboards because of the volume of data and trying to get quick messages through to end users.

We’re a fairly small team for the size of vehicle fleet we have so we tend to work with senior health and safety managers and produce risk dashboards which go out on a monthly basis.

That’s pulling together incident data, telematics data, fines, everything associated and that goes direct to the health and safety community because they are aware road risk is part of the bigger health and safety remit.

So we’ve got a lot more people to help and improve and drive those messages.

Luke Stanbridge, commercial director, Z-Tech Control Systems: We harvest the data out of the Quartix trackers into our own system. Each individual at Z-Tech has their own account which is their management system.

It’s all about them, they put their time sheets through there, all their training is on there and we’ve added an extra dashboard on their vehicle so they can see it and the managers can see what their people have been doing.

We’ve now mapped the data from Quartix onto a live map and it gives the individual red areas if they’ve had any alerts so if they’ve been speeding, harsh braking, accelerating etc.

It also tells them about their vehicle’s mpg, CO2, nitrogen dioxide emissions. That’s been going about six months, but it seems to be doing the trick at the moment. 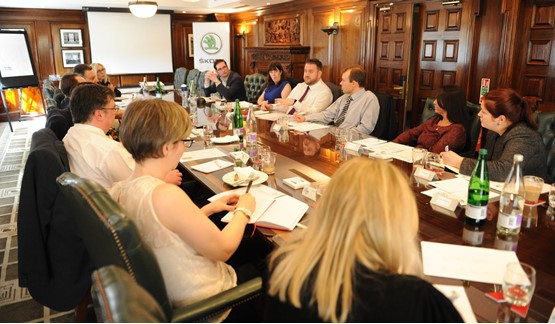 FN: Does anyone use league tables or competitions to improve driver performance?

Luke Stanbridge: We did a driver of the month activity a while ago to promote people who had improved their mpg. We published them and gave them a voucher and we found it got to a certain level and then that was as far as it would go.

David Cadwallader, fleet manager, Lyreco: I’m a big believer in developing a safer driver culture. We introduced e-learning modules for new starters and we also do toolbox talks for our existing employees and we think it’s working because we have had an improvement in accident frequency.

We’re at a position now where we want to look at technology but cars very shortly could all be coming out with these kinds of technology already in the vehicle.

Martin Gay (below): You’re right, manufacturers are looking at both dashcams front and rear being built into the vehicles, both low down and high up so you get visibility all round.

Connectivity is such that shortly manufacturers will have telematics in-built. They’ll be also offering services on a global basis whereby you can pick and choose accordingly what you want to use from that data.

Technology is being advanced to the extent whereby, for example, on some of our Škoda products, you’ve got blindspot detection, you’ve got lane-assist, you’ve got brake adaption, brake safety.

Technology is advancing at such a pace, quicker than we’ve seen before. There are masses of changes later on this year. Be forward thinking, don’t think here and now, think 12 months’ time because 12 months is not that far away with technology that is coming. 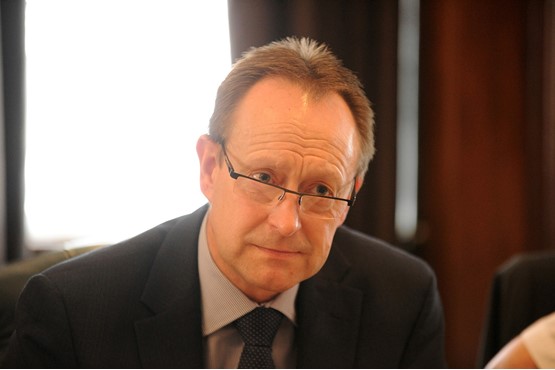 FN: When you’re deciding what vehicles to have are you looking at those safety options or does the cost outweigh the potential benefits?

David Fisher: We’ve got quite a few of these safety items as our standard spec on the vehicles now. It’s not something the business had previously.

Everything has parking assist, lane assist, blindspot, if it’s standard on the vehicle or if it can be added to the vehicle. Decreasing the road risk is one of the main things we’re trying to do.

FN: What else are you doing to manage risk?

Elaine Pringle, (below) vehicle operations manager, Scottish Water: We’ve got in-house driver trainers. They assess any new starters and do post-incident training. But we’ve only got two driver trainers for a fleet of about 2,500 commercial vehicle drivers, 4,000 if you include the grey fleet, so that’s an area we want to do more in.

A lot of our drivers start from home so they don’t see their team leaders regularly, and we don’t hold the keys, it’s not as if they come back to the yard every day.

So, one of the things we do is go round and do vehicle audits, whether it’s spot checks or planned audits and that helps to make sure the vehicles are safe and roadworthy.

It’s nice to get that interaction with the driver as well. By going out and talking to somebody about driver safety they realise it’s important, they understand Scottish Water is taking it seriously so I think the culture is a big part of it as well. 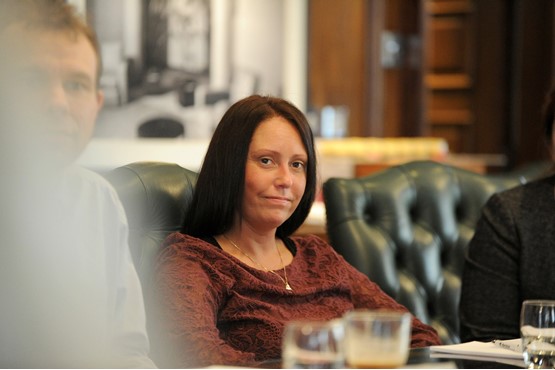 Helen Brislane, commercial manager, Momentum Instore: We’ve introduced some online courses for driver safety which presents a challenge to us because most of our drivers are not permanent employees.

It’s quite difficult for us to manage, because they’re not in the office but it’s been well received. Over the past 18 months, we’ve seen quite a big reduction in our incident rate.

We’ve also done some targeted in-car driver training with some high risk drivers, which has been well received.

This year we’ve really shifted emphasis on improving risk, making sure we’ve got all the paperwork to back that up as well.

That has not been a pleasant subject to talk about, but it’s something everybody should really think about writing should the worst happen.

With air quality high on the political agenda, both at a local and national level, fleet operators discussed the pros and cons of diesel and alternative fuels.