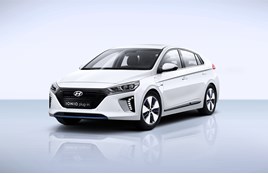 The UK’s true fleet market fell 11% last month - the first January since 2012 it hasn't seen growth, according to Dataforce.

Information from the fleet data provider found it was the ninth consecutive month true fleet registrations have declined.

Gabriel Juhas, of Dataforce, added: "There is also some doubt as to what the UK Government’s delightful additional diesel tax rate change coming in April will actually do to the market.

"Will we see a boost in registrations as consumers try to miss the new hike or will consumers remain shy about new cars, especially diesels, as the government has once again seemingly put their hand in car buyer’s pockets looking for any spare change?"

Despite the new car market shrinking, four out of the top 10 best-selling manufacturers grew registrations in January.

BMW achieved the highest growth inside the top 10 with sales up 24.3% and Dataforce says of this growth it is worth noting that the contributions made by 3 Series and 5 Series show a  healthy percentage coming from hybrid engines.

Kia (eighth) was the third positive OEM with a 5.5% increase, while Hyundai registered a growth of 20.6% compared to the same month last year.

This was the 11th consecutive month it has grown, with Ioniq helping to achieve this.

Dataforce added: "While the Hyundai Tucson remains the number one model for the brand,the Ioniq has this month ranked secondnd place (its second time to do so in the last six months)."

The January true fleet top 10 was:

Suzuki was the biggest winner in a shrinking UK true fleet market with its December registrations growing 151.7% in the sector, says Dataforce.

Seat UK recorded its best ever fleet and true fleet sales results in 2017, despite the market declining by 4.5%.

After just five months with Volvo, new head of business sales Steve Beattie is confident he has identified how to increase true fleet sales.