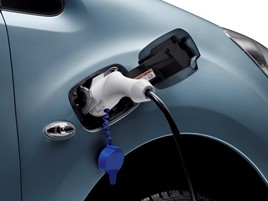 The Government is being urged to introduce a series of measures to ensure the future of the UK’s vehicle manufacturing industry and help drivers make the switch to electric.

In a new report - ‘Full Throttle: Driving UK Automotive Competitiveness’, the Society of Motor Manufacturers and Traders (SMMT) says that the shift to electrified vehicles is the biggest challenge facing the sector.

Government is already working with industry to attract additional battery manufacturing to the UK, but the report calls for a binding target of 60GW/h of battery capacity be built by 2030.

These ‘gigafactories’, it says, would give British manufacturers the capability to produce up to one million electric vehicles (EVs) a year and ensure tariff free access to critical markets in the EU.

Furthermore, to support market transition, the report calls for the installation of at least 2.3 million charging points nationwide before the end of the decade.

The SMMT argues that this would ensure all drivers – especially those without driveways – have the confidence to invest in the latest zero emission technologies.

Investment, it says, that will not just support a healthy domestic vehicle market, but which will underpin mass market automotive manufacturing in the UK and help deliver the country’s climate change and air quality goals.

“The next few years represent a critical period for the sector,” said Mike Hawes, SMMT’s chief executive. “The pace of technological change is accelerating and the competition more ferocious.

“If we are to secure vehicle manufacturing in this country, with all the benefits to society that it brings, decisions need to be made today.”

Currently, there is one EV battery manufacturing facility, Envision AESC's plant, which is located in Sunderland and powers the Nissan Leaf. It has an output of around 2GW/h, but the Japanese carmaker is expected to announce later this week a major investment in a new gigafactory in the North East, which will initially have a capacity of at least 6.5GW/h.

Meanwhile, Vauxhall owner Stellantis is expected to announce within the next few weeks whether its plant at Ellesmere Port will have a long term future. It has been considering whether to build electric cars at the factory in Cheshire.

Alison Jones, the UK managing director of Stellantis suggested a decision by the company about where it will build a new gigafactory in Europe was central to its discussions with the Government about the plant's future, which she said were "ongoing".

"That's why it's so important for the Government to make their statements and their actual investments in UK manufacturing manufacturing", she said.

Speaking at the SMMT’s annual international automotive summit today (Tuesday, June 29) alongside Jones, Hawes argued that the automotive sector is uniquely placed to help this Government deliver on its agenda; to level up, deliver net zero and trade globally.

“The Government has made clear its support for the sector in its negotiations with Europe, so now is the time to go full throttle and take bold action to support one of Britain’s most important industries,” said Hawes.

‘Full Throttle: Driving UK Automotive Competitiveness’ outlines 12 policy proposals. If acted on together, the SMMT says that they will set the UK sector on course for growth. If not, the industry risks falling behind, with production declining, jobs lost and economic damage not only in automotive, but in the many other sectors the industry helps support, from chemicals and steel to finance and advertising.

Audi will only launch new all-electric models from 2026

Audi has announced that it will phase out production of its last internal combustion engines (ICE) by 2033, with all new cars being electric from 2026.