Was this article useful?
3 people found this useful
6 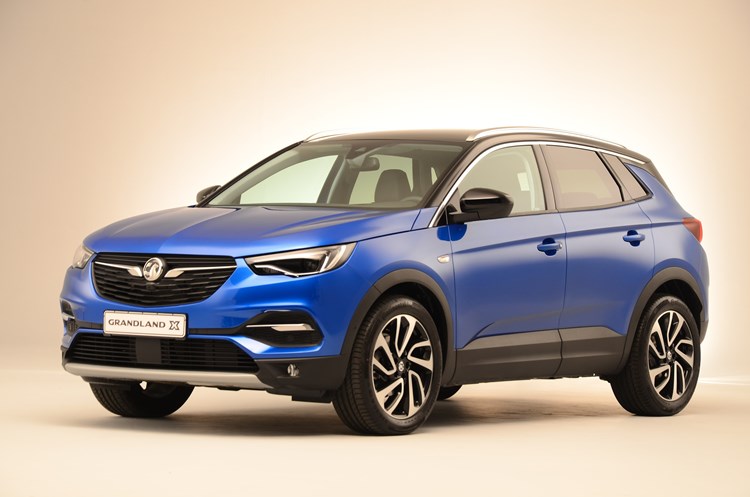 We’ve had an early preview of Vauxhall’s all-new crossover, the Grandland X, ahead of its official debut in September.

Sitting above the recently launched Crossland X, the new SUV is set to take on big players in the segment like the Nissan Qashqai and Seat Ateca.

Vauxhall estimates around a quarter of those sold will be to fleets and therefore has a fleet specific trim level: Tech Line.

Prices start at £22,485, four trim levels and two engines are available to order now, with deliveries expected in early 2018.

Both engines can be specified with a six-speed automatic gearbox.

Entry-level SE models get a seven-inch touchscreen infotainment system, while the rest of the range gets a larger eight-inch unit with satnav. Onstar is fitted to all models.

Externally it’s a great looking SUV, combining a sporty demeanour with a rugged overtone. Unlike the Crossland X, the Grandland X has a confident stance with clear styling cues from the new Insignia.

Interior space is adequate for a family and the boot offers a competitive 514 litres.

It was too early for us to drive the car but Vauxhall told us the chassis has been re-worked from that of the Peugeot 3008 – on which the Grandland X is based – so the car ‘drives like a Vauxhall'.

We’ll have more details on the new Grandland X closer to its official launch early 2018.

Being a compact car, the Crossland X is nimble and agile around town, but is refined on the motorway, fitting the bill of an all-round small car with extra practicality and style.