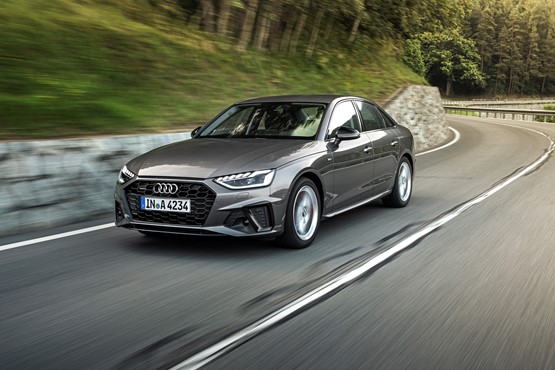 The Audi A4 has been voted as the UK’s most reliable car in this year’s prestigious FN50 reliability survey.

Audi, after a surprising 2018 dip which saw it tumble to seventh, has regained its place as the second most reliable manufacturer, a position it held from 2015-2017.

The A4 has risen consistently in the listing over the past couple of years, from ninth in 2017 to fifth last year and now top. It is now going through a mid-life facelift, featuring restyling, mild-hybrid petrol and revised diesel engines, and a new infotainment system.

German manufacturers dominate the 2019 FN50 most reliable car manufacturer and model listings, taking up the top four spots in each table.

BMW retained the number one position it has held since 2015, buoyed by the performance of the 3 Series and 5 Series, which take second and third in the model table respectively.

The latest 3 Series, launched in March this year, has just about had sufficient time to make an impact on the reliability table, helping to secure second place. Since 2015, it has never been outside the top two. It continues to be a hugely popular model in the fleet sector, although registrations to the end of September have fallen by 20% year-on-year to 14,663.

Last year’s model winner, the Honda Civic, has dropped to fifth, mirroring a corresponding fall for the manufacturer, from second to fifth. Nevertheless, the Civic has held a place in the top five for the past five years and is currently enjoying strong demand from the corporate sector.

A four-place rise for the E-class, to ninth, and the debut of the A-Class in the top 15 at number 13, have helped lift Mercedes-Benz two places to third in the manufacturer listing. It leapfrogs Toyota and Honda; both also slip behind Volkswagen after it jumped from eighth to fourth.

The fourth-generation A-Class was launched during 2018 – engine and transmission variants were drip-fed to market, with the nine-speed auto option not available until the start of this year – and it has made its mark as a much more reliable car than its predecessor, according to UK leasing companies.

It has also seen a huge 29% uplift in registrations compared with 2018, with volumes totalling 26,782 in fleet by the end of September.

Volkswagen has two models represented in the top 15. The Golf, in fourth, is one of the most consistent performers in the index, with two second place finishes and two fourth over the past five years. The Passat retains its seventh place, but is now refreshed with visual changes and two new powertrains, including a plug-in hybrid.

VW’s stablemates Škoda and Seat have seen their reliability ratings improve on 2018. Both move up four places on the back of a slew of new models in recent years, with Škoda in eighth, one place ahead of Seat.

Despite the Sportage making its first appearance in the top 10, Kia slipped four places to 10th after the Ceed – which impressed Fleet News road testers at its 2018 launch for “class-leading driveability” – dropped out of the top 15.

Alternative powertrain is yet to feature heavily in the most reliable listing, although Toyota stakes its claim with the C-HR and Yaris, both available with a hybrid option.

However, the Prius, present for the previous three years, exits the top 15.