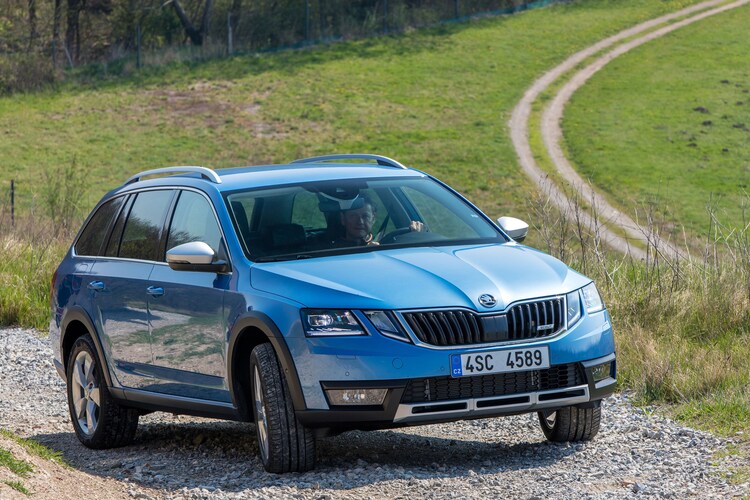 A car’s typical lifecycle of six years can seem like an eternity when we look at the changes in technology and elsewhere. Six years ago this month the iPhone 4 was current (we’re now on the iPhone 7), the Boeing 787 Dreamliner was yet to make its first commercial flight, and I had never watched Mrs Brown’s Boys or heard of Ed Sheeran. Bliss.

It’s just three years since Škoda launched the third-generation Octavia and, while it was a very competent and capable fleet car at the time, it has now undergone a series of updates and improvements, as well as a new look front end.

Like its Volkswagen Group lower-medium car cousins, the Audi A3, the Volkswagen Golf and the Seat Leon, the Octavia is benefiting from new features, and the latest model we’ve tried is the Scout.

Based on the Octavia estate, the Scout offers raised ground clearance with under-body protection and four-wheel drive, and in the UK is a diesel-only model, with either a manual 150PS 2.0 TDI or a DSG automatic 184PS 2.0 TDI.

Much loved by bluelight fleets as a paramedic first responder vehicle, or a police car able to reach remote areas crossing rough terrain, the Scout hides a plush interior behind the rugged exterior styling, and has user-chooser appeal for those who need the practicality of an estate car, the security of all-wheel drive and some off-road capability, but don’t want an SUV.

New features for 2017 include the availability of ‘trailer assist’, which automatically controls the steering when reversing with a trailer, blindspot alert and rear cross traffic alert which warns of approaching vehicles from the rear.

Škoda Connect is also new and has two levels: Infotainment Online services provide additional information such as weather reports and parking space availability, along with real-time navigation details; Care Connect provides remote access as well as assistance. A year’s subscription to Infotainment online is available as an option.

The diesel engines in the Scout are the same as when this model was launched in 2014, with the 150PS version producing CO2 of 130/km, while the 184PS DSG falls into the same BIK tax band at 133g/km.

The Scout is smooth, rapid and well balanced on the road, with its higher centre of gravity over a standard Octavia estate almost unnoticeable in the way it performs.

Four-wheel drive rivals for this car are scarce unless you look within the VW Group, where you’ll find the Seat Leon Xperience and the Volkswagen Golf Alltrack. The Octavia Scout seems to be the pick of the bunch, with all of the ability, more space and lower costs.