"At motorway speeds the B-Class is more accomplished. It provides better visibility than the A-Class due to its raised driving position and larger windows." 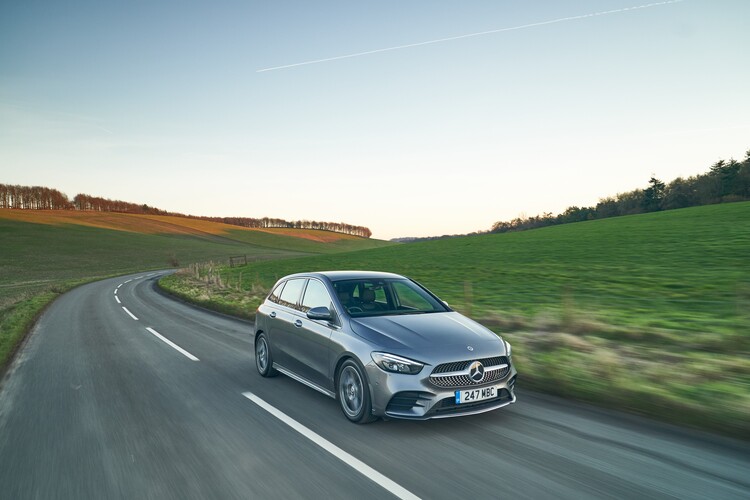 Mainstream brands have all but deserted the small MPV segment, favouring the more fashionable small SUV body instead. But, Mercedes-Benz and BMW are persevering with the B-Class and 2 Series Active Tourer alongside their small SUV lines.

These five-seat MPVs are, effectively, tall cars. They offer good practicality and better visibility than a regular hatchback – but are they really worthwhile compared with a Mercedes GLA/GLB or BMW X1/X2?

Given the weight of its challenge, the new B-Class doesn’t look much different to the last one. The new car is longer and wider, giving more interior space.

It’s inside where the new car really stands out. It has the same dashboard as the latest A-Class, which gives a significantly more premium feel. 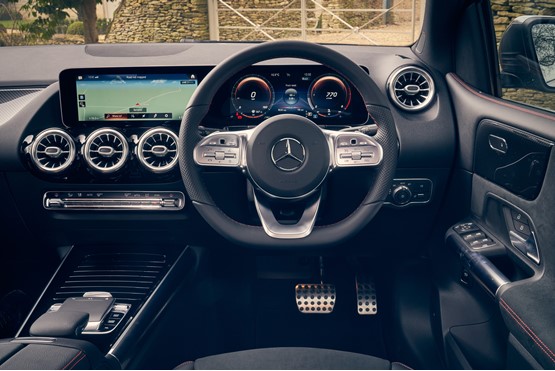 Practicality remains high, despite the car’s relatively small footprint there is plenty of passenger space and a large boot.

Under the bonnet a range of petrol and diesel engines from the A-Class are available. The 1.3-litre turbo petrol petrol is offered alongside the 1.5-litre diesel and a handful of RDE2-compliant 2.0-litre diesel models.

For business users, the company car tax is lower on the B 200d as it’s one of the RDE2-compliant engines.

Mercedes says it will achieve up to 57mpg. We managed 55 as an average, with one trip showing 63mpg.

In AMG Line trim, our test model gave an impressive drive. The B-Class has agile handling and minimal body roll. The steering is light and accurate and the car feels more responsive than an SUV would.

Performance is strong, with 0-60mph delivered in 8.3 seconds. The seven-speed automatic gearbox is quick to respond, although we felt the throttle pedal was far too sensitive and affected refinement in slow-moving traffic.

At motorway speeds the B-Class is more accomplished. It provides better visibility than the A-Class due to its raised driving position and larger windows.

Drivers should be pleased with the level of technology on offer. The twin-screen digital dashboard gives concise access to the infotainment. You can control the system by voice, by using the centrally-mounted touch pad, via the touchscreen or using the buttons on the steering wheel.

Interior quality is high, with a quality feel to most of the materials. The switchgear is all lifted wholesale from other Mercedes models, with the interior unashamedly familiar with its stablemates.

At £30,605 the B 200d is a fairly expensive for a small family car, but cheaper than the equivalent BMW. It doesn’t offer the outright desirability that SUV models provide, but from a refinement and practicality perspective it arguably has the edge.

We don’t think cheaper models will feel as special or provide the same benefits as the model we tested, but, overall, the B-Class is a robust choice.