"With the more potent TSI engine the FR offers a more engaging drive than the standard car." 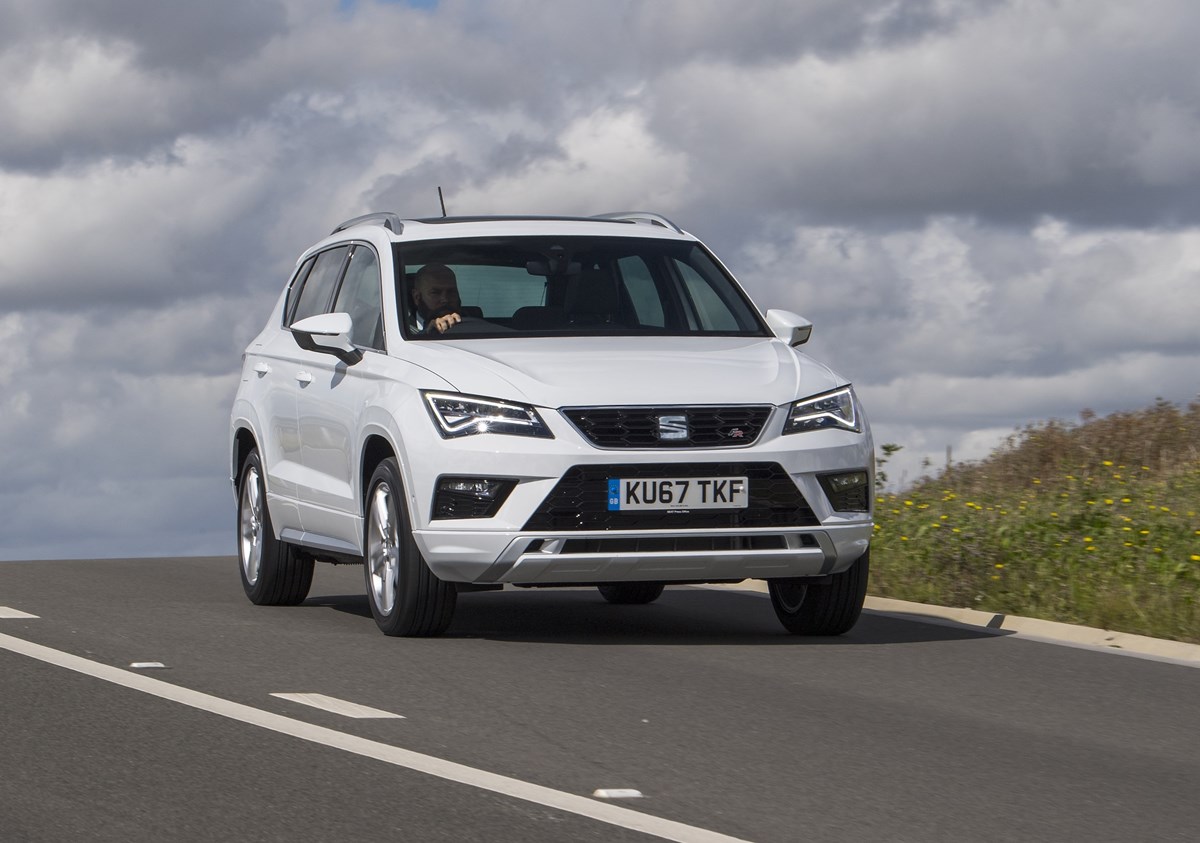 Seat’s sales have gone from strength to strength since the launch of its first SUV, the Ateca, in 2016.

Now it has added a new 1.4-litre TSI petrol engine and a sportier FR trim to the Ateca, further enhancing the car’s appeal.

At launch, the 1.6-litre diesel was the fleet pick of the range, thanks to its low CO2 emissions.

When we tested the car over a six-month period, we found the engine a little lacklustre. At motorway speeds it was noisy and the fuel economy was behind expectations.

The new 1.4-litre turbocharged unit develops 150PS, the same as the 2.0 TDI, and employs cylinder deactivation technology to boost economy.

While we were not expecting it to beat the diesel, it managed an impressive average of 46mpg during our test.  The 1.6 TDI rarely achieved more in our hands.

Based on our experience of the two, we would choose the petrol for all but the highest mileage drivers, as the cost differences are so small and the TSI is a far more refined engine.

In FR trim the Ateca takes on a sportier demeanour than the existing Ateca line-up. It has more aggressive styling, larger alloy wheels and a chunkier ‘FR’ steering wheel.

The suspension is stiffer, so there is less body roll and the car has precise and predictable handling.

With the more potent TSI engine the FR offers a more engaging drive than the standard car, without losing any of the Ateca's comfort or practicality.

On very light throttle applications, or when coasting, the engine switches into two-cylinder ‘eco’ mode to save fuel. The transition is seamless with instant pick up when you need to accelerate.

The car can be enhanced with a range of options such as keyless entry, a panoramic sunroof and a full leather interior, for modest prices.

Currently its biggest rival is the Ford Kuga ST-Line, although with a comparative 1.5-litre petrol engine the Ford has much higher CO2 emissions of 145g/km making it a less likely fleet choice.

Renault has also added a petrol engine to the Kadjar range. The 1.6 TCe develops 165PS but doesn’t come in a sporty trim variant to compete with the Ateca FR.