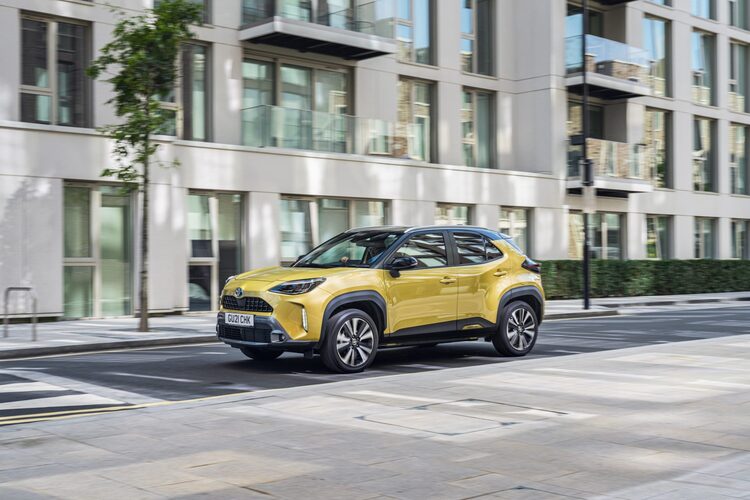 The march of the SUV has been relentless over the past few years, with barely a week seeming to go by without the launch of a new model or a facelift to an established one.

Among the latest entrants is Toyota’s Yaris Cross. Based on the same platform as the Yaris supermini but offering a higher ride and some styling cues taken from its Rav4 big brother, it is the manufacturer’s first compact crossover.

This is an already crowded sector with rivals including the Ford Puma, Seat Arona and Nissan Juke, each offering impressive all-round packages, but the Yaris Cross has an ace up its sleeve – its CO2 emissions.

These start from 100g/km and, although lower emissions are achieved by compact crossovers such as the Kia Niro PHEV and Hyundai Kona EV, plug-ins like these are not always suitable or available to drivers. They also have higher P11D prices.

Non-plug-in compact crossovers are not able to offer CO2 as low as the Yaris Cross. Powered by the same 114PS 1.5-litre hybrid engine already seen in the Yaris, it offers drivers lower benefit-in-kind tax bills and gives employers a more environmentally friendly option.

This is partly due to improvements made by Toyota to the latest generation of its hybrid powertrain. The manufacturer says these include the lithium-ion battery which can regenerate twice the energy under braking than the previous generation could, offering a higher percentage of EV driving on urban journeys.

Our experience on the test route supported Toyota’s claim: on the mix of urban roads, faster A- and B-roads, and dual carriageways, it ran on electric-only for up to half of the trip, returning an average fuel economy of 61.3mpg, close to the official combined figure of up to 64.2mpg.

The Yaris Cross’s impressive efficiency was complemented by the driving experience. For a small SUV, the steering had a nice direct feel to it, while the ride had a decent balance of comfort and sporty handling. The cabin is a nice place to be as well.

Yaris Cross is 90mm taller than its Yaris sibling so has a more commanding driving position and, as it’s a Toyota, build quality is unsurprisingly good. The interior design is smart and functional and the infotainment system is much-improved compared with previous Toyota models.

Five trim levels are available: Icon, Design, Excel, Dynamic and Premiere Edition. Toyota expects Design to be the most popular, accounting for 50% of sales.

While the majority of models are front-wheel-drive, Yaris Cross is also available in Dynamic and Premiere Edition trims with all-wheel drive with a price premium of £2,360.

Toyota expects Yaris Cross to become its second best selling model in the UK and, based on our experiences, it should find plenty of customers within the fleet sector.