"It’s a huge improvement over its predecessor, offering stylish looks, a quality interior and a decent driving experience." 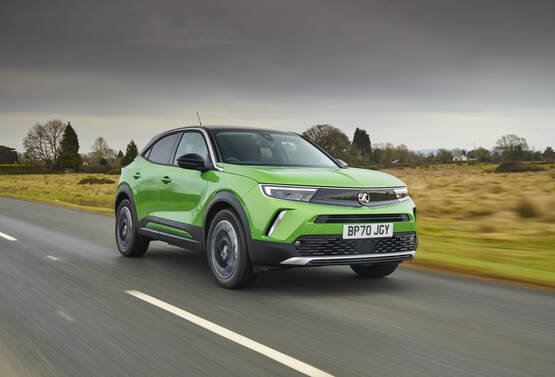 Vauxhall’s Mokka range has been a huge sales success since the original was launched in 2012, with more than 200,000 sold in the UK and more than one million across Europe. This was at odds with the reception it received from the motoring media. It was generally unloved, with critics giving it lukewarm reviews.

The new version should rectify that. It’s a huge improvement over its predecessor, offering stylish looks, a quality interior and a decent driving experience.

It will need these attributes to make an impact in the increasingly crowded B-SUV sector, which currently accounts for 14% of all new car registration and is one of the fastest-growing segments in the UK.

One of the rivals it faces is Vauxhall’s own Crossland, although the manufacturer says Mokka will appeal to a different type of customer.

It’s easy to understand this. Compared with the Crossland, the Mokka is much more eye-catching and funky, being the first Vauxhall to use the brand’s new design language. This is most evident at the front, where a new grille and headline treatment – dubbed Vauxhall Vizor – makes its debut.

The interior is also a huge step up from its predecessor, with a conventional instrument panel replaced by a digital cluster, and an infotainment touchscreen contained in one, sweeping unit. It looks great and is intuitive to use, further adding to the modern feeling of the new Mokka. Android Auto and Apple CarPlay are standard on all models.

Piano black trim is plentiful, while the quality of materials and build are good, making it feel much more upmarket than its predecessor.

Cabin space is ample for two adults in the front, but restricted knee and legroom in the back means it is better suited to youngsters for long journeys.

The Mokka is based on Stellantis’s new CMP platform, which also underpins other models such as the Peugeot 208 and the new Citroen C4, with engine choice limited to a 1.2-litre petrol with either 100PS or 130PS and a 1.5-litre diesel with 110PS.

The halo model in the range, however, is the fully-electric Mokka-e which offers a range up to 201 miles from its 50kWh battery. It supports 100kW rapid DC charging, meaning it can by charged from 0-80% capacity in 30 minutes to give a driving range of up to 160 miles. From a 7kW wallbox, a full charge will take seven-and-a-half hours.

The ICE models are available in five trim levels with P11D prices starting from £20,505, while the Mokka-e, which can be specified in four equipment grades, has a P11D value from £33,785.

We drove both the Mokka 130PS petrol and the Mokka-e and, like its styling and build quality, the model is much-improved over its predecessor.

The Insignia may have fallen out of favour with many user-choosers, but it still offers a spacious, refined and efficient package for very good value.