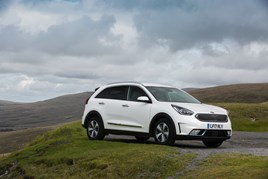 Mario Zagar, of Dataforce, said Vauxhall was the biggest seller in true fleet for March for the fourth year in a row though perhaps by default as their losses were smaller than that of their constant rival Ford (3rd).

Nissan was the hardest hit, falling four places to seventh.

Volkswagen (second) had a positive month, scoring the highest growth rate inside the top 10 of 14.9%.

The other German manufacturers of Mercedes-Benz, Audi and BMW ranked at fourth, fifth and sixth respectively with only Audi able to boast favourable result with +0.4%.

Toyota retained its seventh position from March 2017 while Kia, in ninth pipped their sister company Hyundai (10th) with a +5.6%.

Kia’s result was underpinned by the Sportage, though it was a negative month for the SUV leaving this month accolades to the Ceed, Stonic and Niro, the latter of which is perhaps benefitting from the upcoming VED tax hike hitting diesel pretty hard. 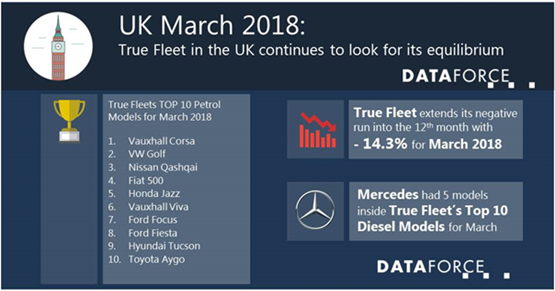