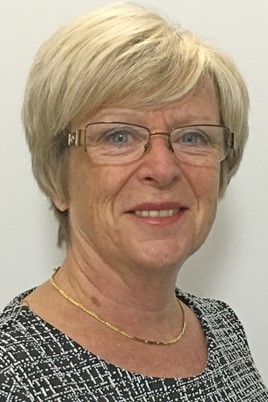 Last year the support services company, which has an ambition to become net zero by 2035, consumed 23.6 million litres of fuel and emitted 61,400 tonnes of CO2.

Ultra-low emission vehicles will comprise an increasingly significant proportion of its fleet over the coming years.

However, it says the switch to alternative fuels will not happen overnight, which makes it important it maximises the efficiency of its existing fleet, as well as do everything it can to minimise the emissions from vehicles not yet viable for replacement with green alternatives.

Julie Davies (pictured), group fleet and plant compliance manager at Amey, said one of the simplest and most effective ways of doing this is by changing day-to-day driving behaviours, with telematics being a key tool for this.

“Telematics reports how the driver is performing and it also gives eco reports on harsh braking and acceleration, excessive idling and over-revving,” she added.

“One of the things we have learned was about the amount of excessive idling our drivers do and don’t realise they’re doing.

“They get in the vehicle in the morning and turn on the vehicle and, especially if it's a bit cold, they'll sit wait for it to warm up and it'll idle there.

“Or they may wait for another of the crew and leave the vehicle idling, so we used a lot of that telematics information to draw on.”

This was shared with fleet decision-makers at the November Fleet200 Executive Club virtual meeting.

“You have to reach a certain level to get one of these stars,” said Davies. “It doesn’t come easy, not everybody gets it.

“It also has a league table were we show good drivers, but we’re not humiliating anybody that might need some training.

“And if they’ve got teenagers at home that are wanting to learn to drive, they can pass that experience on and they become better drivers.”

Davies said communication is key to the initiative’s success. “We’ve had posters made, we’ve talked to the drivers, we’ve had toolbox talks and they are taking it on board.

“Some drivers get competitive, they want to be better than their colleagues. But we drive drown that it’s not about doing things faster, it’s about overall driving performance and we have seen remarkable improvements.

“There are some drivers that don’t improve, so you have to educate them and get them to understand it’s for their benefit, not necessarily for the company’s.

“We've educated them that that isn't the reason that we have tracking all these safety features in the vehicle. We're doing it to support them and making it a safe place to work.”

Amey has been working in partnership with Applied Driving Techniques (ADT) since 2017 and future developments will see the integration of its telematics data into ADT’s system to utilise its ‘Triggered Training’, which will see automated safety messaging and training interventions for drivers where poor driver behaviour is evident.

Amey has awarded a three-year contract extension to Applied Driving Techniques (ADT) for the provision of a fleet compliance and risk management service.