Was this article useful?
5 people found this useful
8 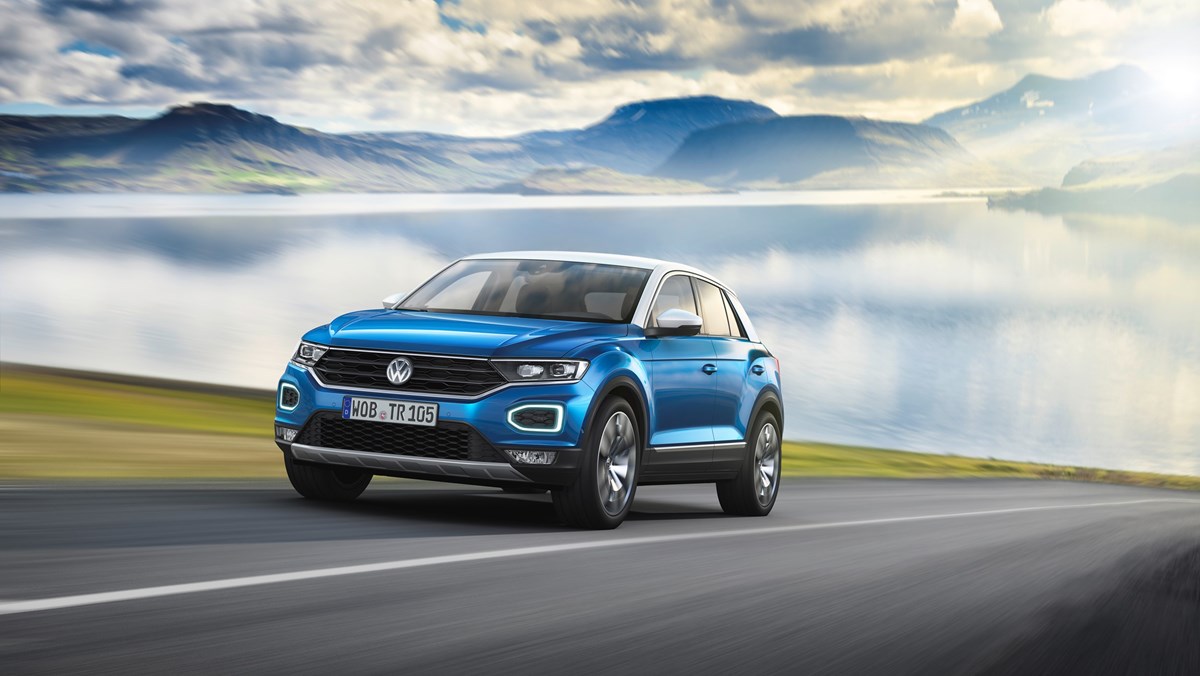 Volkswagen has unveiled the T-Roc, its first model in the compact-crossover sector, which will arrive in the UK in December.

Prices are expected to start at around £19,000, but for now the German manufacturer is remaining tight-lipped about final UK specifications.

What we do know is the car is destined to rival key models in the segment like the Nissan Juke and Mini Countryman, as well as other Volkswagen Group products such as Audi’s Q2 and the upcoming Seat Arona.

Volkswagen expects sales to be among the highest in its model range in the UK, joining the Golf and Polo. It also believes around 25% will be sold to fleets.

Chunky proportions and a wide stance suggest the T-Roc errs on the sportier side of the SUV sphere. There is more than a whiff of Audi Q2 about the way it looks, but the car retains its own unique identity allowing it to stand out.

Personalisation will be key and Volkswagen will make a vast range of colour, trim and equipment options available to customers.

The entire roof, including the A-pillars and exterior mirrors, may optionally be painted in one of three contrasting colours.

Inside the T-Roc feels like a home-from-home for anyone already familiar with the Volkswagen range.

The design is slightly more rugged than we’ve seen in other models but it has the same logical layout.

Quality isn’t the highest, with a large amount of harder plastics and the same switchgear as seen in many other models.

There has been an added focus on utilising digital displays for both the infotainment and instruments plus all the interior trim pieces can be customised in a range of colours.

Volkswagen says interior space is among the best-in-class. There is ample room for five adults and a 455-litre boot. Fold the rear seats and this expands to 1,290 litres.

A full spectrum of active safety technology is available in the T-Roc. Front Assist with Pedestrian Monitoring, City Emergency Braking, Blind Spot Detection and Park Assist are among the highlights.

The T-Roc can be further adapted to the driver’s personal preferences via adaptive chassis control (DCC). The system's electrically adjustable dampers make it possible to make the T-Roc running gear tuning very sporty, or more pliant, as an alternative to the normal tuning. The car’s dynamic character and comfort are also optimised by progressive steering, which was originally introduced in the Golf GTI.

All-wheel drive versions of the T-Roc have 4Motion Active Control with driving profile selection as standard. The system is operated via a rotary control on the centre console. The driver uses it to activate four modes: Street, Snow, Offroad and Offroad Individual.

Volkswagen has developed the Active Info Display, which uses a high resolution 11.7-inch screen in place of conventional dials, with greater interplay between it and the infotainment system.

The Discover Media system uses an eight-inch glass display and comes with a navigation module and connected services.

A range of online services and apps via smartphone and Volkswagen Car-Net are available, along with integrated MirrorLink, Apple CarPlay and Android Auto.

Wireless smartphone charging is provided via a storage compartment in front of the gear lever.

Beats also offers a 300-watt, 8-channel sound system specifically tuned to the interior of the T-Roc.

The UK powertrain line-up has not yet been confirmed but in the European market a range of Volkswagen Group engines are available.

Petrol derivatives are expected to be the most popular, accounting for 80% of sales. The line-up is likely to include a 1.0-litre turbocharged TSI unit with 115PS, a 1.5-litre TSI with 150PS and a 2.0-litre TSI with 190PS.

All-wheel-drive should be available on all but the least powerful models, along with a choice of six speed manual and seven-speed DSG transmissions.

Volkswagen says it will not pay a £2.5m congestion charge bill from the Mayor of London, because all of its vehicles qualified for the greener vehicle discount.

Volkswagen’s newest model, the Arteon, is now available to order priced from £34,305.