Mercedes reveals EQC electric SUV will be available next year 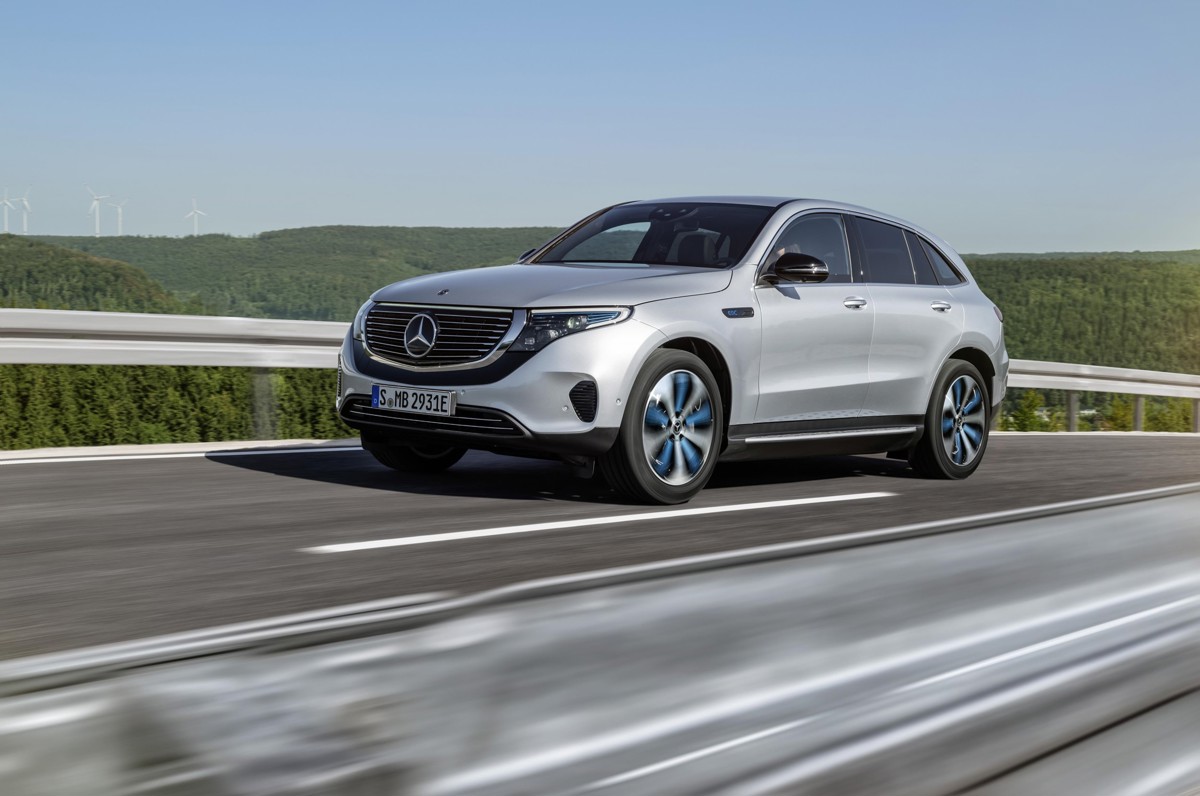 Mercedes-Benz is ready to take on Tesla, Audi and Jaguar with its first electric model, the EQC SUV, which will go on sale next year.

Based loosely on a GLC platform, the five-seat EQC is the first in a whole range of new electric models to come from Mercedes in the next five years.

“With the EQC – the first fully electric SUV from Mercedes-Benz – we are flipping the switch. Electric drive is a major component in the mobility of the future. We are therefore investing more than ten billion euros in the expansion of our EQ model portfolio, and more than one billion euros in global battery production,” said Dieter Zetsche, chairman of Daimler AG and CEO of Mercedes-Benz Cars.

Prices are expected to start at around £67,000, which is in line with the car’s key rivals: the Audi e-tron and the Jaguar I-Pace.

The EQC will be available with just one powertrain initially, but Mercedes bosses have hinted that versions with different ranges and price points are a possibility.

Two electric motors are used in the EQC, providing all-wheel-drive. The rear motor produces more power than the front to improve driveability. The less powerful front motor can be used for normal driving and uses less energy.

Together the motors generate 765Nm of torque, enough to propel the 2.5-tonne SUV to 60mph in five seconds.

Inside, the dashboard is largely lifted from the GLC although it features the twin-screen MBUX infotainment setup that debuted on the new A-Class. It has 500 litres of boot space.

Series production of the EQC will start in 2019 at the Mercedes-Benz plant in Bremen. The preparations for this are already fully under way. The new EQC will be integrated into ongoing series production as a fully electric vehicle. In parallel with this, production of Mercedes’ own batteries for the EQC is coming on stream at its expanded battery plant near Dresden.

Mercedes will showcase the new model at the Paris Motor Show in October.

Best manufacturer winner aims to continue to outperform the market during period of transition for its key fleet cars. By Stephen Briers

Tesla is predicted to sell the most electric cars in 2019, but by 2021 PA Consulting says that Mercedes will become the market leader in EV production.

Mercedes-Benz has revised the engine line up for the E Class and CLS adding new mild hybrid powertrains.