"Until now, other Citroens have been hampered by the comfort focus, making them a bit too soft and wallowy. But the C4 has been dialled in just right." 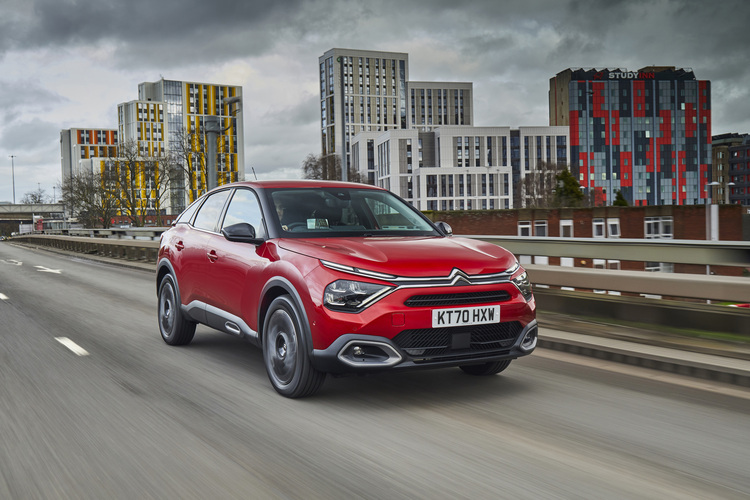 Citroen is no stranger to quirky design and the new C4 certainly lives up to the French brand’s desire to be different. It sits in between the traditional hatchback and crossover segments, reflecting the current trend for rugged looks.

As a result, the new C4 not only replaces the old version but also the Cactus. The C4’s styling is unconventional, with oversized headlights, numerous blobs and grilles, plus a split rear windscreen. Yet, on the inside, things are a bit more conventional.

We loved the C3 and C5 Aircross for their neatly detailed cabins, but the C4 loses some of this flair. The interior is dominated by black plastic. Aside from some coloured trim pieces on the door cards and a bit of shiny trim around the air vents, it’s a tad drab when compared with the exterior.

Thankfully, the usability of the C4’s interior is much better. There’s conventional heating controls, rather than a sub-menu within the infotainment system, and the materials used on touchpoints like the steering wheel, gear selector and other switchgear feel upmarket. 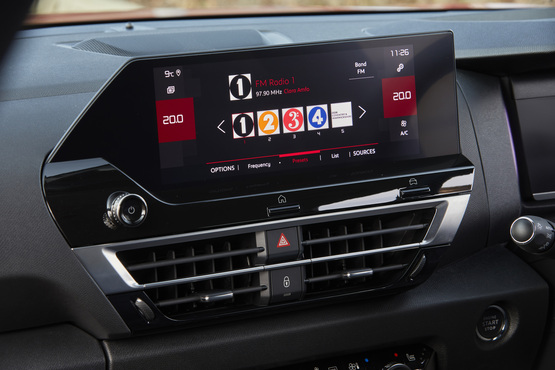 Alongside petrol and diesel options, the fully electric e-C4 is also available. It makes use of the same motor and battery setup as you’ll find across the Stellantis electric line-up, offering 136PS and a range of 217 miles.

The petrol-powered PureTech 130 is expected to be the most popular model for now though, so we’ll look at that one first. It uses a 1.2-litre turbo-charged three-cylinder unit paired with a six-speed manual or eight-speed auto. The engine feels lively, delivering punchy acceleration accompanied by a satisfying engine note.

During our test we were able to achieve in excess of 40mpg over a mixed route and expect getting close to the claimed 54mpg would be achievable on a steady journey. A lower-powered version of the same engine, serving up 100PS, will be available from May and will form the entry-level of the range.

For drivers doing the highest mileages, BlueHDI versions with 110PS and 130PS are also available, achieving more than 60mpg. These are expected to account for less than 20% of ICE sales, however.

Citroen’s key differentiator is its commitment to comfort and, in the C4 the Advanced Comfort Programme – first introduced alongside the original C4 Cactus – it finally makes sense. Until now, other Citroens have been hampered by the comfort focus, making them a bit too soft and wallowy. But the C4 has been dialled in just right. It
rides beautifully, ironing out all the imperfections on the roads and giving levels of comfort you’d expect from a car that cost three times as much.

When cornering, the car does pitch about a little initially; but grip levels are strong and the C4 encourages you to drive it quickly. The experience remains relaxed, however. It feels like an old-school saloon rather than a modern hatch/crossover.

Sound deadening is another strong point. There’s very little road noise and the sleek body helps to keep wind noise to a minimum. Long journeys in the C4 are a delight.

Things are even better in the e-C4. The weight of the battery in the chassis enhances the already enjoyable driving characteristics and the suspension settings are a tad firmer, making it the most engaging to drive. Don’t expect lightening acceleration, though. The e-C4 performs very similarly to the petrol model, albeit with a slightly more immediate throttle response. Its 0-60mph time of nine seconds is 0.1s behind that of the petrol version. 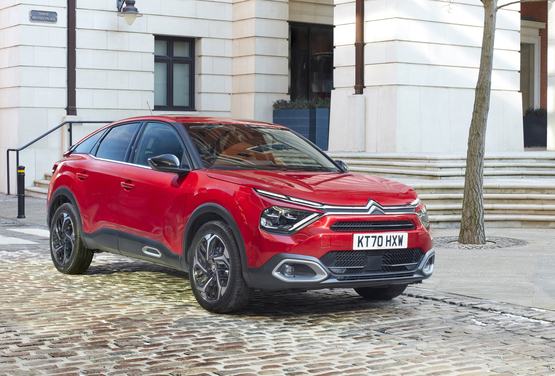 The range of 217 miles, or an indicated 206 miles in our fully-charged test car, requires a fairly timid driving style. During our time in the e-C4 we averaged 3.3m/kWh, which would suggest a real-world range of roughly 150 miles.

An 80% charge can take as little as 30 minutes when using a 100kW rapid charger, but a regular 7kW home charger will take around seven-and-a-half hours to replenish the battery.

In terms of rivals, the C4 sits alongside the regular crop of hatches, like the VW Golf, but also competes with the likes of Toyota’s C-HR and the Nissan Juke.

From a driveability perspective it offers advantages in comfort and is by far the best-driving Citroen we’ve experienced for a long time. Pricing from £21,000 makes it accessible to many too, although the e-C4 is almost £10,000 more. We think it’s a good all-rounder, but whether drivers see the appeal in its bold looks and conservative interior remains to be seen.

The C4 range has four trims: Sense, Sense Plus, Shine and Shine Plus. They all feature a 10-inch touchscreen infotainment system, which uses familiar PSA software. There’s also a 5.5-inch digital instrument cluster, which is less impressive than some other brands offer. All models get LED headlights, parking sensors and lane-keeping assist.

The e-C4 is not available in the base trim, but Sense Plus comes with sat-nav, a reversing camera and power-flooding door mirrors. Shine adds keyless entry, tinted windows and adaptive cruise control. It also has an enhanced active safety brake system that can detect cyclists. Shine Plus adds heated front seats, leather upholstery and an upgraded stereo system.