"The new Ceed’s steering and suspension set-up is significantly better. In fact, it is among the best in its class for driveability." 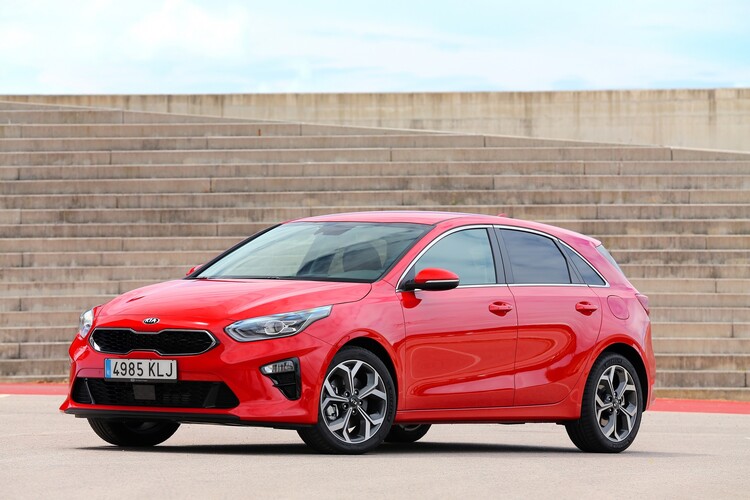 It’s not often a new car surprises you, but Kia’s slogan is “the power to surprise” and the Korean brand has astonished us twice recently; first with the Stinger and now with the new third-generation Ceed.

Kia has set its sights high for the new model and expects it to compete directly with the Ford Focus and Volkswagen Golf as a credible European hatch.

In short, they’ve managed it.

From the outside, the car is sportier; it features sharper lines and shorter overhangs.

Inside, the cabin quality is up there with the best and there is no shortage of ‘toys’, either.

Around 75% of Ceeds are sold to fleets and Kia expects this mix to continue with the new model.

Power comes from a suite of turbocharged petrol and diesel engines.

Kia expects the 1.4-litre petrol to be the best seller.

We tested all but the least powerful diesel, as it wasn’t available at the launch event.

The 1.4 offers excellent performance and delivers it in a smooth and relaxing way. The 1.0 requires the driver to work it harder and feels a little lacking in grunt at motorway speeds. We found minimal difference in fuel economy during our testing.

The diesel is the best all-rounder; it can reach 62mph from rest in around 10 seconds (136PS) and promises upwards of 70mpg. Refinement is strong, too, with minimal noise intrusion.

At launch, the more powerful diesel won't be available in the UK. A mild-hybrid diesel will launch next year with even lower emissions and better performance.

At motorway speeds, with any powertrain, the Ceed is civilised and covers miles with little effort.

But, the area where Kia’s engineers have made the biggest difference is handling.

The new Ceed’s steering and suspension set-up is significantly better. In fact, it is among the best in its class for driveability.

There is little impact on ride comfort, despite the stiffer set-up and, overall, the Ceed is a car that now has real driver appeal.

Automatic models, which use an excellent seven-speed dual clutch gearbox, also benefit from a Stop and Go system which take care of the brakes and accelerator in traffic jams.