"The entry point to the Peugeot 508 range is another talking point. The 131PS 1.5 BlueHDi diesel offers CO2 emissions from just 98g/km." 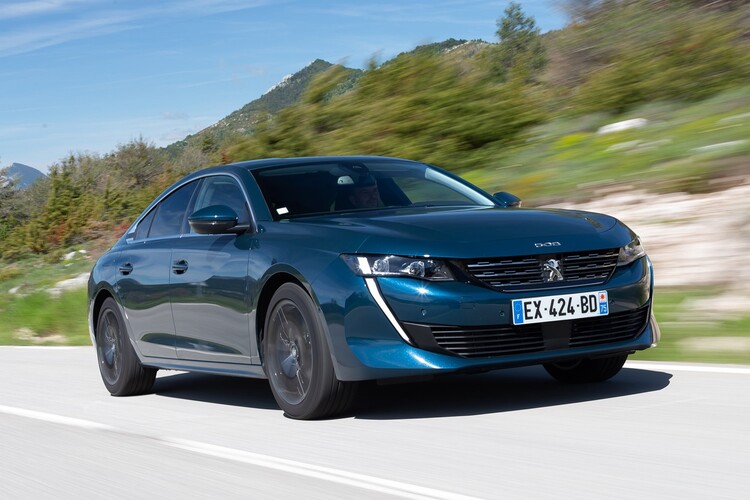 Looking back 10 years or so, the company car choices in the upper-medium sector were fairly dull – with a few exceptions.

Perhaps this, inadvertently, helped increase the popularity of the crossover and the decline of the mainstream family hatchback and saloon.

Despite a marked fall in the sector’s popularity, most of the options now couldn’t be described as dull. There are fewer choices compared with 2007. No longer available is the Honda Accord, Toyota Avensis, Citroën C5 (on temporary hiatus, we’re told), Fiat Croma or Renault Laguna.

A notable exception (to the ‘no longer dull’ description) is the Peugeot 508. It comes from a long line of elegant saloons, but in its current guise suffers from anonymity.

If Peugeot wants to remain a player in the sector it needs to work much harder to compete with the Škoda Superb, Vauxhall Insignia and Ford Mondeo, all of which are both capable and attractive.

The company’s approach has been to look upmarket for inspiration.

The Peugeot 508 in detail

The new 508 is shorter than its predecessor, but also lower and wider.

Peugeot has been prepared to sacrifice interior space for agility and road presence.

The doors are frameless and the roofline is elongated and tapering, more like a coupé – which a lot of car manufacturers try to achieve this days because it’s a nice word to put in the marketing material.

It perhaps has more in common with a Volkswagen Arteon than a Passat, although the 508 starts with a 131PS powertrain (which Peugeot calls 130), whereas Volkswagen’s least expensive model comes with 150PS.

The entry point to the Peugeot 508 range is another talking point. The 131PS 1.5 BlueHDi diesel offers CO2 emissions from just 98g/km.

In these days of NEDC-correlated data, that figure seems remarkably low. So, we asked Peugeot UK representatives to check whether these weren’t just showboating NEDC figures that would have to be revised in a few months. Peugeot assured us these were under the latest protocols.

The 98g/km figure applies to the version with the optional eight-speed automatic gearbox – with the smaller of the wheel sizes offered – while the six-speed manual achieves 101g/km on the same wheels.

We await with interest what Ford can do in the Mondeo using the same engine with the updated EU 6.2 emissions class – currently it’s 94g/km for a 120PS manual hatchback – while the Škoda Superb 1.6 TDI Greenline at 101g/km has an engine yet to be measured at EU 6.2.

The Vauxhall Insignia has recently been updated and has the lowest CO2 of 116g/km from the 110PS version of the 1.6 CDTi. The more powerful 136PS version has a low of 121g/km for the manual and with CO2 emissions above 130g/km for automatics.

So you can see why Peugeot’s assurance was necessary when we saw the impressive-looking figures of the new 508.

The entry-level Active grade, only available with the 1.5 BlueHDi diesel engine is likely a daily rental special, with the range proper starting with Allure. GT Line and GT complete the line-up.

All grades come with the latest version of Peugeot’s I-Cockpit, which anyone who has seen a 3008 or 5008 will be familiar with. It means a raised instrument binnacle and lower steering angle, with a flat top and bottom on the steering wheel and fully digital instruments with configurable display.

The dashboard lacks clutter, and has a similar touch-screen with switches below to those on the 3008.

Minimum luggage volume of 500 litres is the same as the outgoing saloon, while rear leg-room has shrunk by 15mm, which isn’t enough to be a deal-breaker.

Although the roofline seems to go back a long way, headroom in the rear is still a bit tight for tall occupants, and the shallow rear window angle makes looking out in the rear-view mirror seem like peering through a letterbox.

Overall the driving experience is engaging, with a compliant ride and cabin occupants insulated from all but the worst road imperfections.

Competing in a small sector of talented cars, the 508 stands out for its styling and upmarket feel, and particularly its low CO2 emissions.

The latter could be the key factor in driving its desirability with fleets.