"It’s not a great shock that the French manufacturer has decided to play it safe with this mid-life facelift for the Captur." 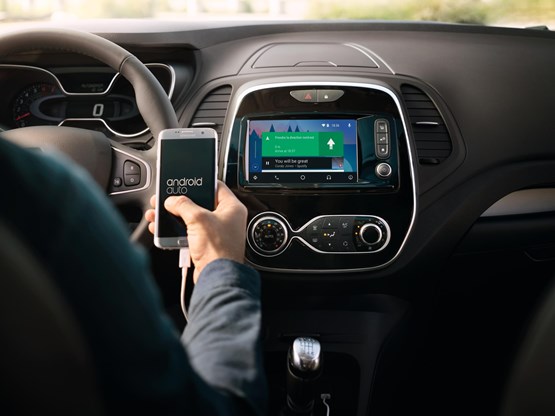 Renault plays it safe with a low key mid-life facelift on the Captur, but will it maintain its UK best-seller status?

Would you believe the Renault Captur is the brand’s best-selling model in the UK? The compact crossover, which made a debut in 2013, still dominates its market.

Europe-wide sales are approaching a quarter of a million. Not bad for a fairly unassuming car.

Given these facts it’s not a great shock that the French manufacturer has decided to play it safe with this mid-life facelift for the Captur.

Renault says this gives the car a bold and assertive look, bringing it in line with its Kadjar and Koleos stablemates.

There are some new wheel designs and an increased number of colour options, too.

The majority of Captur sales were Dynamique Navs but one of the headline changes for 2017 is the introduction of new Signature S grade models which feature heated leather seats, LED headlights and a Bose audio system.

Other new kit for 2017 includes an optional autonomous parking aid with rear-view camera and side-mounted sensors which have enabled the fitment of blind spot monitoring for the first time.

Given the car’s stature as a family vehicle we were disappointed there is still no option for autonomous emergency braking, but the car retains its five-star Euro NCAP rating.

Under the skin the car is largely unchanged. There is a 1.2-litre turbocharged petrol engine with either 90PS or 120PS and a 1.5-litre diesel with 90PS or 110PS.

We tested the higher output versions of both at the launch event and found the petrol to be the better-suited motor for the car. It sets off with plenty of enthusiasm and gives decent power in the mid-range.

The diesel is the economy champion though. It returns up to 78.5mpg in 90PS tune or 76.4mpg if you opt for the more powerful unit.

The interior offers a similar sense of deja-vu as the exterior. Renault says it’s more refined than before, with higher-quality plastics.

It’s not a particularly unpleasant place to be but some of the controls are starting to show their age. The instruments and infotainment systems haven’t received the same updates as those in the new Megane or Kadjar.

Ride comfort is very good, however, and the Captur is, as expected, a very easy car to drive. Visibility is great thanks to the raised seating position, window acreage and large door mirrors.

Both the models we tested had the R-Link infotainment system which offers Bluetooth, DAB and sat-nav through a seven-inch touchscreen.

One highlight was the Bose audio system which provided unexpectedly impressive audio reproduction. It can be had for as little as £350 or as part of an £800 Techno Pack which includes the R-Link system.

The Captur is still one of the very best in this sector and the updates only serve to make it more appealing.