"Where the A5 once fell short against rivals in the handling department, it’s now much more fun to drive." 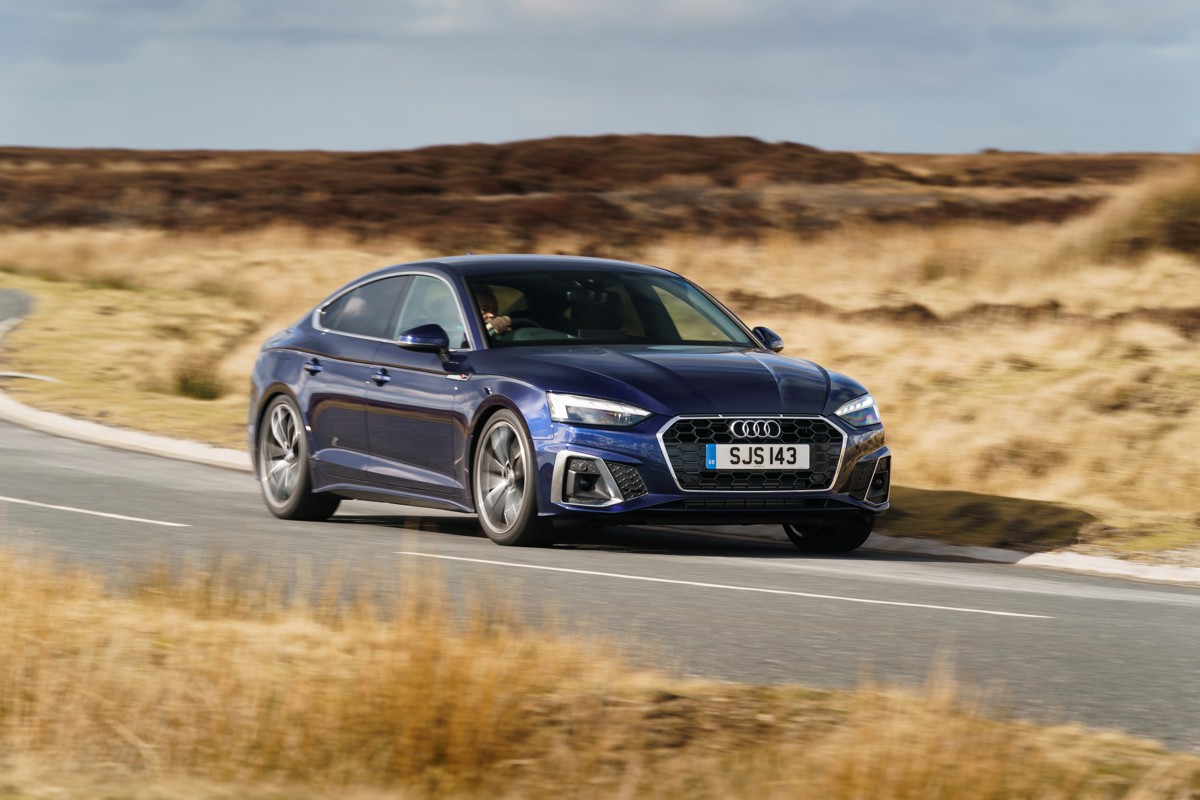 Following the launch of the facelifted A4 at the end of last year, Audi has given its sleeker cousin a similar round of updates.

The big news is the inclusion of the brand’s new mild-hybrid engines, helping to reduce CO2 emissions in the wake of WLTP.

Available in Coupe, Convertible and Sportback bodies – we test the latter here – the A5 continues to serve user-choosers who want something a bit different from the normal saloon or SUV.

Company car drivers are likely to find themselves choosing between the 163PS 35 TDI and the 190PS 40 TFSI. Both engines feature 12v mild hybrid systems, which capture energy during braking and coasting to charge a small battery which can then provide a power boost or enable extended start-stop functionality.

The diesel is the most efficient, with CO2 emissions from 133g/km and the promise of 55mpg, while the petrol manages 150g/km and 42.8mpg. Benefit-in-kind tax is slightly cheaper for the petrol (around £6 per month for the S Line model), due to the 4% diesel surcharge, starting from £213 per month (20% taxpayer).

In reality, the diesel will be the better fleet choice. We’ve been running an A4 35 TDI on our long-term test fleet and it’s been achieving more than 60mpg. In contrast, when we tested the 40 TFSI, it was struggling to achieve 35mpg.

Two other engine options are offered from launch, the 190PS 40 TDI Quattro and the 347PS S5.

Alongside the powertrain updates, Audi has re-worked the A5’s suspension and steering to improve driveability.

Where the A5 once fell short against rivals in the handling department, it’s now much more fun to drive. The suspension on S-Line models, while a tad firm on rougher surfaces, provides an engaging drive despite the front-wheel drive configuration. Entry-level Sport variants have a softer set-up. 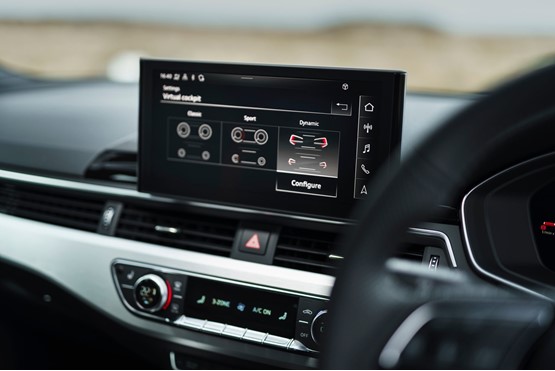 Inside, the A5 still uses Audi’s older interior layout with a floating infotainment screen rather than an integrated system like the A6. In the facelifted car the screen size is increased to 10.1-inches (up from the standard seven inches in the previous model) and uses the latest software.

The new system is controlled via touchscreen, marking a departure from the rotary controller found in the previous A5. We preferred the old set-up, however, which was easier to use on the move and didn’t leave the screen covered in fingerprints.

We found the new 35 TDI to be particularly impressive. With 380Nm of torque, it rarely feels lacking and is quieter than the old TDI unit.

The 40 TFSI packs more punch, reaching 62mph from rest in 7.5 seconds versus the TDI’s 8.4. For those that cover lower mileages, the tax difference makes the TFSI an appealing choice, but we’d err towards the TDI as it’s such a good all-rounder.