"There is typical diesel chatter when the car is started but for overall refinement, the 1.6-litre unit is certainly one of the better diesel engines in the sector." 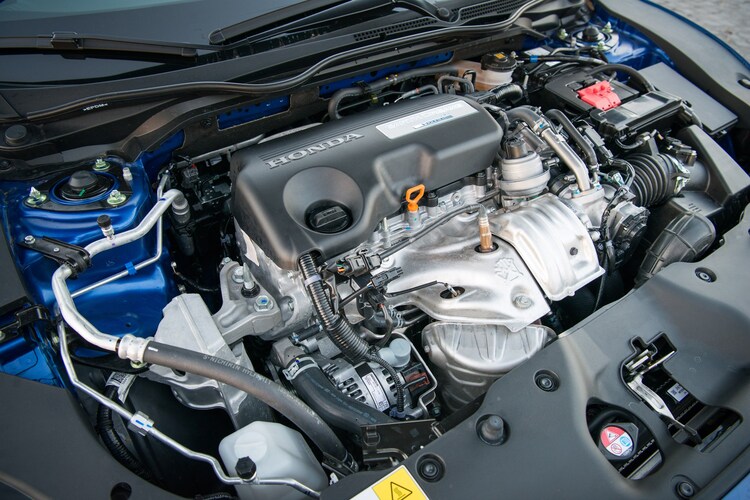 Honda delayed the launch of the new Civic diesel and having driven the petrol version we questioned whether it was really necessary.

But, with the promise of more than 80mpg, the Civic diesel is expected to be popular among fleet customers.

Despite the uncertainty surrounding diesel, there is still a strong demand for it - especially from high-mileage fleet drivers.

Honda expects more than two-thirds of diesel Civics will be sold to fleets, although the model will only account for 30% of total sales.

Under the bonnet is an extensively re-worked version of the 1.6-litre i-DTEC engine used in the previous Civic. It gets new materials, a new turbo and a new exhaust filter.

The enhancements give it lower emissions, better fuel economy and higher performance.

It is also one of the first diesels to be officially tested through the new Real Driving Emission (RDE  Step 1) procedure, which measures pollutants such as NOx during on-road driving cycles.

CO2 emissions are rated at 93g/km and its official combined fuel economy is an impressive 80.7mpg, giving it an advantage over rivals such as the Volkswagen Golf and Ford Focus.

There is a little bit of diesel chatter when the car is started but for overall refinement, the 1.6-litre unit is certainly one of the better diesel engines in the sector.

It’s very quiet in operation and performs well with 300Nm of torque available from 2,000rpm.

Combined with the Civic’s excellent chassis, the driving experience is positive.

The car can accelerate from 0-62mph in 10.5 seconds, so it’s a tad faster than the 1.0-litre petrol off the mark. While the diesel lacks the petrol engine's desire to rev, it does provide a more relaxed drive.

During our week with the car we didn’t manage to achieve the illusive 80mpg figure. Around town the Civic diesel performed in line with similarly sized cars, averaging around 50mpg.

On a longer run we were able to reach 65mpg.

The diesel Civic costs £1,300 more than the 1.0-litre petrol equivalent and is available in three trims: SE, SR and EX.

Prices start at £20,220 for the SE, which features Honda Sensing active safety systems, automatic headlights and wipers, and front and rear parking sensors.

Company car drivers will pay £84 per month in benefit-in-kind (BIK) tax for the SR, around £5 more than the petrol.

While we found the petrol Civic very impressive during our six-month long-term test, the diesel version calls for little compromise.

The performance of the two engines is similar and there is little difference in refinement owing to the three-cylinder petrol’s rorty engine note.

Given the work Honda has done to future-proof the car against real-world emissions regulations and the potential fuel savings associated with the oil burner, it seems a wise choice to opt for the diesel as a high mileage fleet user.